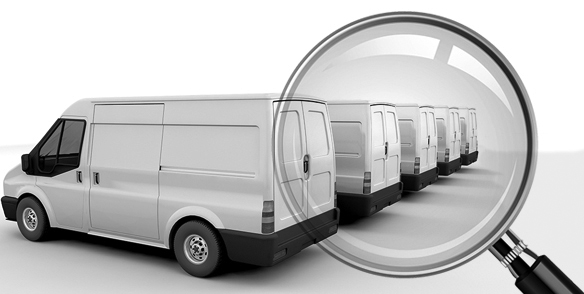 A measure is on the table and is expected to be approved by the Washington State Transportation Commission. In short, this new pilot program (trial) would require drives to get a GPS device installed in their cars. They would then charge drivers per mile for the amount they drove on the public roads. They could start the initial testing of the pilot program in 2016. State Legislature would need to give final approval for the test project. The suggested program was modeled after a similar project happening in Oregon. All of this is in response by the Transportation Commission to help pay for roads since the gas tax revenue is supposedly not enough anymore.

The program would also give drivers several options of payments. You can choose the flat fee (all you can drive), odometer reporting, GPS locator installed, or download an app on their smartphone. The fee would be called a road usage fee. They also stated the drivers would get credit for any gas taxes paid.

If everything is approved and move forward the full program wouldn’t begin until 2018.

With that being said let me say it again (as I have said it many times before) and that is our leaders sit around all day just thinking this crap up. They have nothing better to do but think of ways to nickel and dime the public for the failed or horribly managed programs. This is another attempt and example of my very point. The issue with this moving forward is that it would need to be passed without voter support because there is no way the public would approve such a program. With that being said, the public did put Obama in office the second term (after a horrible first term) approved Obamacare so maybe I’m wrong. I would like to think, however, the public would be smart enough to know that getting tracked and paying more in taxes in a bad idea. What angers me is that this is just one step closer the government monitoring. It would be easy the government to weasel there way into it behind the scenes (under national security) and use it to their benefit as well. They do it now with Comcast and the phone companies so this program would be an easy entry point to make that happen. Just another way to get inside all our lives. Another way to track cars and track individuals. It’s really not far fetched considering their involvement with the other everyday items we use such as computers. This will never be discussed or mentioned just as it’s not mentioned with Comcast or our phone service providers.

The other issue is the argument of not enough tax revenue. Sure, I can see their point on this one. We are moving into a more hybrid culture. However, the state has been cooking the books for years on this revenue. People are driving more and working longer than they ever have before. Gas is coming down (only because it’s Winter) but will rise again as it always does. I honestly am not convinced gas prices adjust due to supply and demand anymore. It’s a controversial and debatable topic. Our government has milked just about every program and service we have available. They understand gas prices, have reserves, and understand how supply and demand can be manipulated so more taxes are paid on it. It would be silly to think over wise. It’s happening but the public is very naive about it.

With that being said, I vote a big fat NO WAY on this.

UPDATE: July 2015, Oregon is going to be testing out this program with 1500 drivers (volunteers). They branded the program OReGO (which is a stupid name – by the way). These drivers will submit their driving logs or install a device to monitor their miles. They will then pay a rate of 1.5 cents per mile to the state. States across the nation have expressed they cannot afford to pay for their roads so they continue to think of ways, laws, taxes ect to make repairs. As I’ve state my opinion above in the article, I wouldn’t support this new law. I can’t imagine anyone else supporting it either. States have been able to pass agendas which are not supported by the people. As long as it benefits them from a revenue perspective – laws have been known to pass successfully. I can only express the solution so many times on the Emerald City Journal and it’s the same for every problem we have (education, buses, gas taxes) the people just want transparency in spending. It’s that simple. The financial figures need to be broken down by item for projects and determine where the money is really being spent. If we are actually spending all our tax revenue appropriately, the people will understand the need – thus fully support an increase in taxes. The states and cities, however, know they continue to waste money on roads, projects, interstates, ramps, ect that really don’t need work (but passed to keep people working only). They do provide financial reports but the data is very general and doesn’t get into specifics of spending. This is done on purpose so it’s not criticized. This is where we need accountability and corrections to be made. If the city or states can clearly itemize their spending with valid work, salaries, jobs, then the people will comply with the tax reform efforts. They will have to – roads are a must have for everyone. It’s not that difficult just prove where that tax money is being spent for the roads. Until that happens, I will be keeping my checkbook closed.

Charter schools in Washington have been met with significant opposition since they
Seattle-area development might be disrupted for months to come as a result
The Seattle City Council voted on Monday to legalize non-commercial use of
We have a new president-elect and his name is Joe Biden. It
An observation by Glenn Young who visited Seattle’s Capitol Hill Liberation Zone
Go to Top