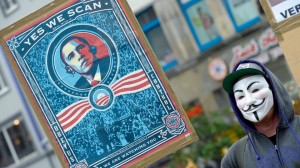 A story came out of the New York Times a few months ago and basically went into a concept that the National Security Agency (NSA) is using to get access to computers if they ever felt the need. I must admit I was pretty impressed after hearing it because it’s pure genius. In short, they have the capabilities to access and alter your computer without it even being connected to the Internet. The program was created to solve one the biggest challenges the agency faced of getting into computers that the “bad guys” are using. There is very limited information about the “how it’s done” but the NSA document mentioned radio frequencies and secret software that is installed when accessing a network. It also mentions the use of other methods but they are not described.

It’s a pretty amazing and just confirms how deep the government can get into our lives if needed. With cell phones, computers, cars, ect there is no privacy anymore. Think about this for a minute. We know the government is in bed with the phone and cable companies. They are required to keep records, logs, phone call recordings and all that info should it ever be request it’s pretty common knowledge but what if the government was able to get in bed with the hardware creators. What if they were able to install a piece of hardware or software at the source where these are created. They could essentially access any computer, anywhere, offline or online at anytime. They could add a chip in the refrigerator or your TV. It’s not a far reach considering the topic of this article. Think about it with other countries as well like spying on North Korea or Iran. It’s the perfect setup to monitor everything and everyone without even being there.