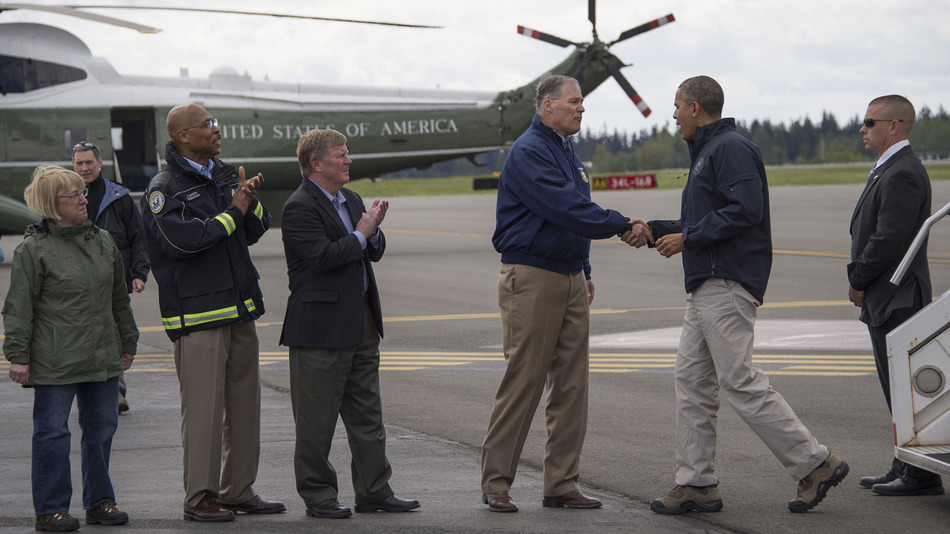 I felt the need to do a follow up about the multi million dollar waste of money for President Obama to come visit the people of OSO. It was just photo shoot with Susan, Patty and Maria. But now that all that money has been squandered I want to ask if he noticed any thing different here than at the New Orleans flood. I know he was not president then, but should certainly know what I am talking about. Here are some questions he should be asking himself, and thinking very hard about answers he comes up with. He could learn quite a lesson here if he wanted to.

Where are the rows of brand new mobile homes that were furnished almost immediately for the flood victims in New Orleans?? These were totally trashed within a matter of months. Did OSO get any?

Why isn’t the military in OSO to prevent looting, violence and raping that occurred in New Orleans?

Why aren’t the victims in OSO gathering in places like stadiums demanding more free stuff instead of helping one another? Old white woman in their 80’s are busy cooking funeral meals for the victims.

We will never get to compare answers if you even give this a second thought but I think it’s the mindset of the people. The people of OSO are working people. They were there to get away from the crime in the big cities. They wanted a home, that they paid for themselves. They wanted to earn their own way, and most of all did not want the government’s handouts that would keep them from doing what they wanted to do. In New Orleans most of the houses were free to the tenants to begin with. If something falls apart(tenants trash it) it just gets replaced. They have no respect for each others property and steal from each other, so it only makes sense if their house gets flooded, no problem, Uncle Sam will give them a new better house. Give them all the food they need. Meet all their demands to keep them from killing each other.(and of course voting you back in office) In OSO the people bought their homes, and were making payments. They bought their food. They always helped each other and probably did not even lock their doors. Perfect example how you can drag down whole cities by making them dependent on the government handouts. You are not helping them plan for a good future. It is more or less, one meal at a time. If that quit they don’t have a clue how to help each other. Nothing is of any value to them they way it is for people who have had to go to work each day to put food on the table and buy a house.

Did you notice any of that President Obama? If you did I am sure you would never admit it, and call me a racist on top of it.