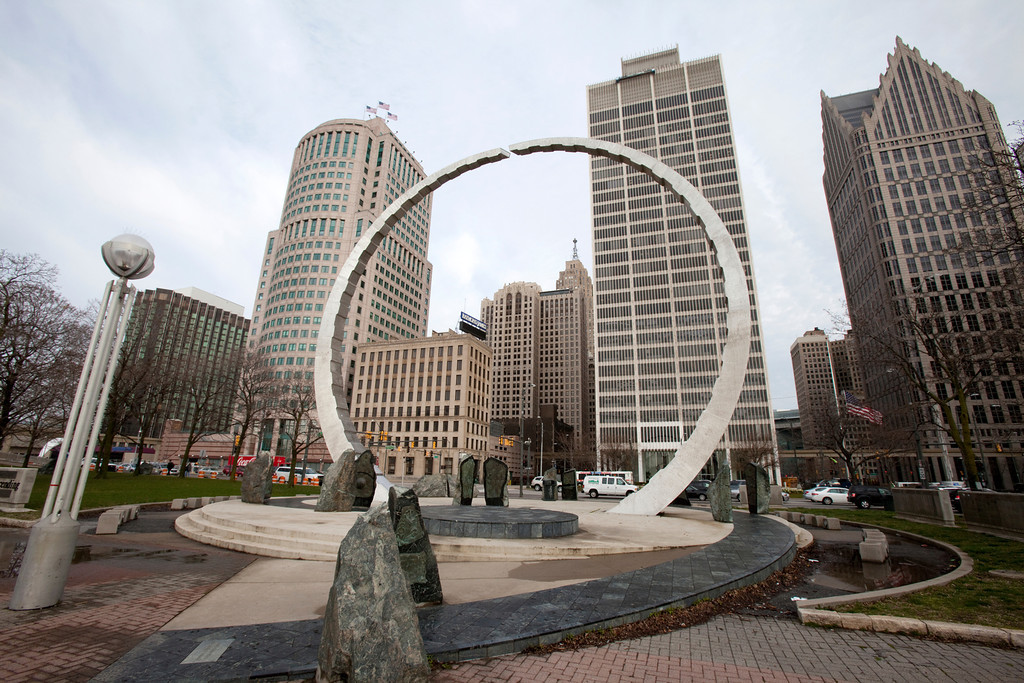 What makes a crime a hate crime? According to the news reports (or lack of reports) President Obama, Atty. Gen. Eric Holder, Jessie Jackson and Al Sharpton, anything said or done toward a black person is a hate crime, all hell breaks loose. Every major network and newspapers will say a WHITE man did something to a BLACK man. Color is really stressed. If a bunch of BLACKS beat a WHITE man it is color blind. Major networks do not mention color unless its something against a black by a different race.. The media and the president do not mention BLACK against BLACK . Honduras has the highest murder rate of any country but Detroit has more. Obama if trying so hard to funnel billions to rebuild Detroit but until he stops the BLACK crime its useless. But the Monday morning news never bothers to tell how many murders the blacks do over the week end. The following are two glaring examples of how unimportant WHITE people have become.

This story pretty much says we are in a race war. Steve Utash, a tree trimmer in the Detroit area is an employed hard working WHITE man. He stopped at a gas station to buy gas on his way to work. As he was pulling out a little BLACK boy threw himself against the side of the van. The WHITE guy did NOT hit the BLACK boy like the news reported. (Watch the video on Google).The WHITE guy(Steve Utash) got out immediately and went to aide the little BLACK boy that was hurt. A mob of more than a dozen BLACKS came from every direction and beat the WHITE guy almost to death. They stole all his tools, his wallet and didn’t care a thing about the little BLACK boy that got hurt. Rumor has it they used the little boy as a decoy to make the truck stop so they could beat and loot. Steve Utash did everything a decent person would do and nearly got himself killed by a bunch of young BLACK THUGS. I am not sure at this point if Steve Utash ever got out of the hospital because my Seattle Times paper and none of the 3 major networks have mentioned the story at all. But there is a big difference in reporting crimes. If its against a WHITE, its not important, if its against a BLACK it gets the attention of even the President of the United States, but on this story he has not uttered a word. Can you imagine the uproar if a little White boy ran into the side of a Black mans van and when/if the black man tried to come to his assistance he was beat senseless by a dozen WHITE teenagers or young men. Every news cast, every paper would have been right on it. Not a peep when it’s the reverse. The president would have jumped in his toy called Air Force One and visited the boy in the hospital. What a photo op that would make.

OK you might say the President and Attorney General are too busy covering up their own crimes (Fast and Furious) (Bengasi),( NSA), (IRS),(VA), to bother with the tree trimmer . Jessie Jackson and Al Sharpton must be busy too. BUT now look at this story of George Zimmerman and Trayvon Martin and compare the coverage and attention it got. George Zimmerman was Hispanic(light colored), Trayvon Martin a BLACK teenager. You have all read/heard the details of that story so this is just about reporting. The BLACK teenager had Zimmerman on the sidewalk, beating his head into the cement saying he was going to kill him. Zimmerman shot him. Pure self defense. You cant very easily walk away is you are flat on your back. Not to much choice here but to shoot. The President of the United States dropped all the worldly problems and the story was on every channel. The newspapers carried it as headline news. The President praised Trayvon and said if he had a son he would want him to be just like Trayvon. Jessie Jackson and Al Sharpton raved and ranted about this poor little BLACK boy in a hoodie (as if he was five or 6 years old) just trying to get home with his bag of skittles. Well this oversized BLACK teenager had been expelled from school, he was homeless, didn’t belong in this housing complex at all that Zimmerman was acting as a guard for. He was on drugs, and was carrying things that had just been stolen from someplace else. But Obama, Holder, Jackson, and Sharpton praised him and vilified Zimmerman. Zimmerman was acquitted in a court of law, but the president and his cheerleaders did not even respect the jury’s findings and to this day praise Trayvon. No one wants anyone shot, no one wants anyone beat up.

Which crime was a hate crime? It’s the crime of a group of BLACK THUGS beating/robbing a WHITE man but the President, attorney General, Jessie Jackson Al Sharpton are not the least interested.

This is about REPORTING unequally WHITE/BLACK crimes. The latest without going into detail is Cliven Bundy the Rancher in Nevada. The Federal Government is totally out of control and surrounded Bundy’s ranch. They came in with a regular armed army. Snipers on the hills, armored tanks, and helicopters rounding up his cattle because they say he owed grazing fees. Not one of the major networks mentioned it. My Seattle Times did not mention it. It was a huge story about the Government of the United States using the Bureau of Land Management to seize a WHITE mans property. It came close to being another Waco or Ruby Ridge but thank goodness the Fed’s backed off. Of course Harry Reid says its not over and I am sure anything he asks Obama to do it will be granted. But the networks are afraid to report a thing against the government or Blacks. BUT Bundy made the grave error of making a Racist remark. It was poor judgment on his part but yesterday every EVERY network told about what a Racist Bundy is. My Seattle Times even had his picture telling about his racist remark. They completely ignored the story of how the government came in like a military to seize a WHITE mans property over a debt. This is not even remotely saying who owes what it is to simply point out the favoritism BLACKS are getting from the President on down. Bundy just said what most people think but are afraid to say. It came out sounding terrible. But look for a minute at what he was trying to point out. Most older people have had to work hard at some point in their life. When doing that you are always trying to better yourself. With the Obama mentality it takes away all ambition or desire to better yourself. If you are raised to believe that somehow the Federal Government will furnish you with a nicer house, better food, and 24 hours to use as you see fit why does any of what you call poor people want to do anything? This includes poor whites too. They are all just as much SLAVES to the Federal Government as they were to the plantation owners. I don’t know anyone who thought slavery was good, or fair or right but there is not a whole lot of difference. If the poor black boy does the right thing and marries the little black pregnant girl, she gets her welfare cut off, they would have to pay for the babys delivery etc. The government encourages them to be “slaves to their rules” not to help the poor person but to simply get more votes. The politicians don’t mind raising working peoples taxes to give to someone who does nothing for their government hand out. If a politician campaigned that he would find a job for everyone on welfare, he would not get a vote from a welfare recipient. But The Bundy story got totally lost. The Federal Government is totally out of control. Bonuses to anyone of their workers who break the law. The story of the BLM never saw the light of day on any of the 3 major networks or my Seattle Times but the minute Bundy said what he thought, then the HUGE RACIST STORY hit the press. Think this might backfire because he still has people that think like him(I don’t think he is a racist) are sticking with him. Any thing that makes it look like a WHITE is against A BLACK makes all the news channels and the papers. The white poor are slaves to the Government rules just like the blacks The don’t bother to work because they don’t have to. Every free thing handed out without the person having to do something for it drags that person down. If you have savings you cant get welfare, so heck just spend it on drugs and booze or travel, then you qualify. If you buy a house you get taxed out of it, so better to stay poor and get a free house. on and on. But this was to show hour WHEN THE GOVERNMENT WENT IN AGAINST A WHITE ARMED TO THE TEETH, NO NEWS WAS REPORTED AT ALL. Can you imagine the government doing this to a black rancher or isn’t there any?

Another example of what the President thinks is important. I think (could be wrong) he is overseas on a visit but he took the time from the WORLDLY problems to take the microphone and talk about the Clippers owner, Donald Sterling berating his mistress for “associating with black people” Didn’t want Magic Johnson to come to his games or some other stupid thing. The president was able to take time out to do a photo op on that. I am not saying Sterling is not a racist but until and unless the president gets his priorities on blacks straight it will get worse and worse. To break into an overseas jaunt and all the TV stations and the papers carried the story but will not mention A DOZEN BLACKS IN DETROIT BEATING A WHITE MAN SENSELESS. Not one word. Sterling has black players and obviously has no morals but surely it is not the President of the United States problem. Watch for Jessie and Al to be on this case too.

I have found the only place to really find out what’s going on is to watch Hannity or Judge Jeanne on Fox news. or read the Emerald City Journal for a different slant on things.