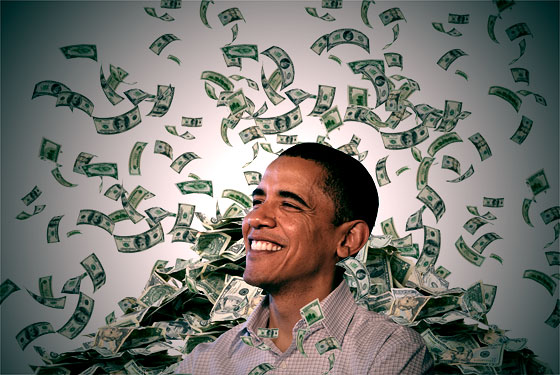 As reported previously by Lilly, it is now official President Obama will be making a visit to the devastated OSO mudslide site. It’s obviously a way for him to build his popularity, show remorse, and shake a few hands. If he really cared, he would stay home and send/write a check for 2 million plus dollars as that’s about what it takes in fuel/staff just to get here. The money would be 100x more beneficial to the people then him standing around taking photographs and getting publicity out of it. For Obama, however, it’s all about him and making the people love him. He continues to say one thing and then goes and does another. This is just another example of wasted time and money provided by President Obama. The reality is we all feel bad about the situation (it’s horrible) but these people need money to buy food and get back on there feet. A hand shake, photographs, and positive news coverage doesn’t solve a thing. Plus, the time and resources to get the President here is a huge waste of taxpayers money. It costs millions to fly him around.

It’s never been about the wasted money for Obama, however. Just look at Obamacare this guy will spend billions maybe even trillions of dollars just to make the program work. I hear about it on the TV and radio every day! Even if it’s failing horribly, he will dump every last penny to make the program work so he doesn’t look bad over it. There is a point and we probably have already past it where just giving all the uninsured people a check for 100K would have been a better option and it would cost much less.

The OSO mugslide is horrible but let’s be honest here how is Obama going to help with the efforts except making himself look good by being there. This publicity is going to be on every news channel across the country and it’s just one be positive PR stunt.

To date, 41 lives have been lost due to the disaster. A few individuals in the area still remain missing and have not been accounted. Each day approx. 625 workers continue the search and clean up efforts.

Charter schools in Washington have been met with significant opposition since they
Seattle-area development might be disrupted for months to come as a result
The Seattle City Council voted on Monday to legalize non-commercial use of
We have a new president-elect and his name is Joe Biden. It
An observation by Glenn Young who visited Seattle’s Capitol Hill Liberation Zone
Go to Top