Seattle’s hunt for a new police chief, which began over two years after the prior chief retired, has narrowed down to three contenders, two of whom are already employed by the department. Seattle Interim Police Chief Adrian Diaz, Seattle Deputy Chief Eric Greening, and Tucson Deputy Chief Kevin Hall were named as the three contenders for Seattle’s permanent Chief of Police by Mayor Bruce Harrell.

Chief Carmen Best stepped down in 2020 following a summer of demonstrations and criticism of the police force, and in the meanwhile, interim Chief Adrian Diaz has been in charge.

While making the announcement, Mayor of Seattle Jim Harrell said, “Our national selection procedure has placed community voices at the center to discover what priorities and values Seattle citizens want to see in the new police chief.”

Following this thorough procedure, the committee identified three exceptional individuals who possess the experience, education, and character traits necessary to advance the One Seattle vision of a community in which every citizen has the right to feel secure.

“To ensure that our community’s expectations for candidates in terms of accountability, leadership that prioritizes the needs of the community, and creativity are met, our selection committee and evaluators have prioritized those traits in the candidates they have advanced. I am excited to interview and assess these potential hires,” said the city’s mayor.

The appointment of a permanent police chief is governed by a number of provisions in the City Charter. According to the Charter, the mayor must hold a competitive examination to determine the top three candidates for the position of police chief. The City Council must also approve the appointment of this official.

An outside agency was brought in back in April to help with the hunt for a permanent police head by scouring the country for qualified applicants. In order to choose the individuals who would go on to the testing phase, Mayor Harrell formed a search committee comprised of 14 prominent members of the community, including professionals in law enforcement, victim advocates, and others.

The search effort has been greatly aided by input and participation from the local community. In May, seven different language versions of a public poll were made available. The survey findings, from which over 1,300 locals participated, are shown below.

In addition, over the months of July and August, seven community dialogues were organized so that locals could have their say in the search. In July, the Empower Initiative encouraged talks with many communities, including the religious, corporate, immigration, and youth sectors. The Chief job attracted applications from fifteen qualified individuals. The search committee interviewed each candidate and then shortlisted a smaller group to take the exam.

The competitive examination mandated by the charter was given on September 6 and 7 and was overseen by four public safety specialists. All of the committee members agreed that the top three candidates should move on to the mayor’s office. There will be a series of interviews with the candidates, culminating in a question-and-answer session on September 15. The Seattle Channel will be broadcasting the evening event.

The Emerald City Journal publishes thousands of articles per year.  From news about Seattle cops and the recent police brutality

Just a quick follow-up on the article about Randy Jokela who is the top pot ticket writer on the Seattle police force. The police force didn’t see the value in having him sit on the sidelines while he was being investigated by the Office of Professional Accountability so they put him back to work.

If you don’t remember Randy Jokela actually wrote 80 percent of the marijuana tickets at the beginning of the year (63 of 80 tickets). Turns out Mr. Jokela is bicycle officer in downtown Seattle. 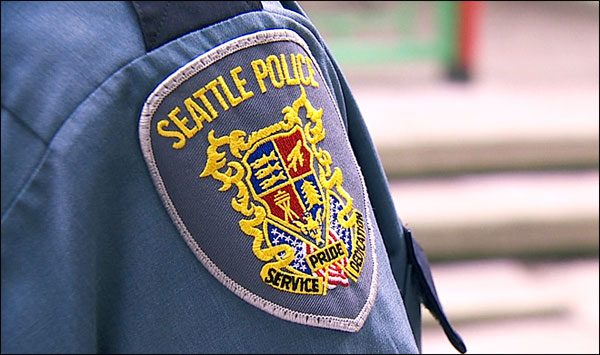 As you know Washington State continues to delay the full release of the new marijuana laws. Slowly we are making steps in the right direction when it comes to the licenses and retail stores being allowed to sell it. It’s just taking forever and the state has lost millions in the process already. The hype is slowly going away and when they finally figure it out the public will care much less (thus less sales and taxes). Washington State is so worried they are going to miss so much tax revenue they are sitting around thinking of all the possibilities before making it official.

With that being said, there is a Seattle cop who doesn’t like pot. In fact, it is believed that 80% of all the consuming marijuana in public tickets were giving out by this officer. Even though they are trying to keep it on the down low is name is in fact Randy Jokela (52). He is a veteran office who joined the Seattle Police Department back in 1990. He wrote 66 of the 83 tickets given for consuming marijuana in public and it is believed in one instance he flipped a coin to see who would be getting the ticket.

Ron Smith who is the president of the Seattle Police Officers Guild wouldn’t release his full name (like we did) but said in a statement, “The involved officer is by far the hardest-working officer on this department I have known in my 20 years. Whether it was working in the Rainier Valley in a patrol car, or since he’s been downtown on bikes, nobody can hold a fiddle to his work ethic. However, I cannot defend the comments that he allegedly made on the backs of the tickets.”

I’m sure he is Ron Smith – Obviously, spending a lot of his “hard working” time going around ticketing the little guy for smoking some legal pot. It saddens me when I see an officer obviously with an ego and puts his position of power on the pedestal like this individual has. A person who would “bust” two individuals and then flips a coin to see who gets the ticket has a big ego and is overusing his power. That alone is justification to show this and other officers the door. Don’t let the door hit you where God split you!

To many red flags here in abusing his power so it’s time to go.

The Emerald City Journal publishes thousands of articles per year.  From news about Seattle cops and the recent police brutality issues, we have covered all these issues in the news.  Read some of our most popular Seattle cops articles below:

City of Fife Photo Cameras and Greedy Police is an article about the City Of Fife Council collecting massive amounts of money in the automated photo cameras system.  In fact, Fife, Washington is one of the most profitable in the state considering it’s population.  They gross over $2.9 million per year just on their automated photo ticketing system.

New Seattle Police Twitter System is an article explaining the new system provided by the City of Seattle to add more transparency to the police force. Each conflict and issue is displayed on the Seattle police twitter system and in our opinion a big improvement to the Seattle Police and it’s residents.

Bellevue Police Officers Drunk At Seahawks Game is a news story we discussed when it was discovered several Bellevue, Washington police officers were drunk and acting like idiots at a Seahawks game.  Nothing ever really happened with the incident and it was pushed under the rug by the Linda Pillo who is Bellevue’s Police Chief.

SPD Blotter reported an Arsonist was Arrested in Seattle. A fire was reported at 6710 Corson Ave. in Georgetown Seattle and now the Seattle police department has made an arrest.  It was a big fire reported by the SPD and they had to cut holes in the roof to let the fire out.

Ricks Strip Club in Lake City, Seattle Investigation and how the Seattle Police Department wasted a massive amount of tax money to “investigate” the strip club.  Nothing ever happened to the executives who ran the strip club (now name DreamsGirls At Ricks).  The officers were buying lap dances and had a great time investigating this establishment.

Non Emergency Police Phone Number article was a story published to help Seattle residents find the non emergency number so they can contact the Seattle Police Department without having to call 911 all the time.  It’s a simple article explaining the process and why you should call that number instead of the emergency number in most cases.

The famous and nation-wide video showing a Seattle Police office punch a women in the face is one of most popular news stories here on the Emerald City Journal.  The police cop video show police brutality is something you must see.  Watch the video here. 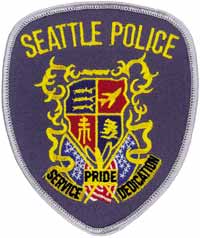