The SPD Blotter has reported that the Arsonist for the fire at 6710 Corson Ave. in Georgetown has been arrested. I thought the report should be copied and pasted verbatim, but now want to add my spin to the on going saga with some pictures.  The previous article about the Arson fire was posted the morning after the fire and at that time all the officials that were talking to us all gave me the impression that the building would be torn down. I was standing talking to the owner Allen Hua at the time and I think he thought it was going to have to be bulldozed. They had not let him in to look at it yet. That was then and this is now. I am posting 3 pictures taken 2/16/12. If you look at all three you can see the entire top floor was on fire. The flames were shooting out of the windows until the fireman could get the people off the roof and cut holes in the roof so the fire could go straight up. If you look at the white light in the first picture you can see daylight through a hole in the roof.  The night of the fire I could stand on my balcony (I was very close to the fire and could see the fireman going to the roof from inside). That being the case it had to burn the ceilings all out and I am sure it could not have missed doing damage to the studs or beams or whatever holds a roof up. Partitions are all burned. One fireman told me the entire top floor would have to be torn off at the very least but said he was not a building inspector. That is not happening now it seems.

The place has been nothing but a hot bed of trouble for years. Drug sales, prostitution, fights, and all of us neighbors get to listen to the most filthy talk. It appears the owner is going to just be able to cobble it together, cover the burned stuff with plywood. His last fight with the city at another slumlord complex (he owns 6) he fought on the fact that they were discriminating against a poor Chinese farmer. He lives in a million dollar home in Issaquah and keeps these dumps open because he will rent to people who do not dare fill out a credit check or prove anything. I read where he makes approx $195,000 a year on these so called “low rent” places. We neighbors have no recourse, police, fire department, everyone is aware of the problems at 6710 Corson but do absolutely nothing to correct the situation. I would think after a certain amount of drug over doses, people sitting on the curb hand cuffed, the place would be boarded up. I have had to have bars put on my windows and have always been expecting the place to burn up. You can’t have 11 (single occupancy rooms) with several buddies (visiting) 24/7 doing drugs, fighting, drinking and not expect something bad to happen. One time I thought one guy was going to kill another one (yelling that he was). I called 911 and they arrested the fellow. I ended up with a subpoena to come to court. Wasted a whole day. I got paid $10.00 before taxes and neither guy even showed up.

I do not know how to end the cycle there but felt I should put it in the paper for Independent Thinkers and hope some of  you will get to thinking and leave comments below. LLL 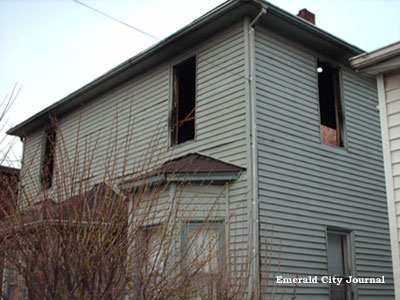 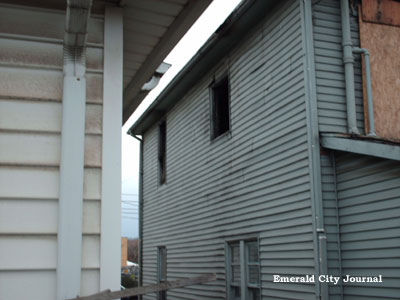 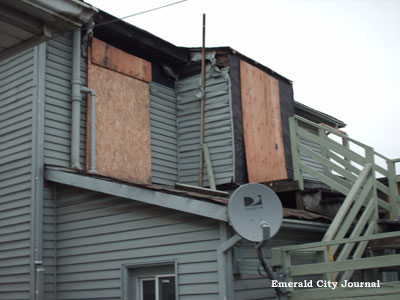 With the summer vacation season getting ready to begin over Memorial Day weekend, you might be interested in

After the shock and disappointment of the election, I thought I would try to make a fresh start