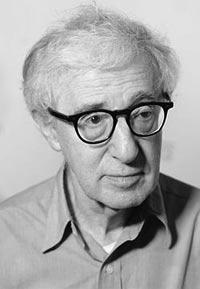 The Farrow family has had a long history of turbulence. The Farrow name has been in the Hollywood spotlight for multiple generations through numerous scandals. Most recently, the two adopted children of actress Mia Farrow and director Woody Allen have been in the spotlight. Moses Farrow and Dylan O’Sullivan Farrow who once shared a childhood home, memories, and life together, are estranged from one another. Moses and Dylan recall different accounts of life growing up in the Farrow household. But the isolated situation that drove a wedge between these adopted siblings is their differing account of what happened in the family home on the day Woody Allen was accused of sexually assaulting Dylan Farrow. For many years, Dylan O’Sullivan Farrow and Moses Farrow were on the same team. They gave statements against their father, and it was clear that the Farrow family was going to stick together to protect Dylan. That is no longer the case. They cohesive family narrative started to breakdown when Moses claimed that Woody Allen never sexually assaulted Dylan Farrow and it was a ploy by his adoptive mother Mia Farrow to get back at Allen for dating her daughter who she co-adopted with previous partner composer Andre Previn.

In 2018 Dylan Farrow talked about the alleged abuse during a TV interview. She has spoken about the sexual assault before, in an interview with Vanity Fair in 2013 and in an open letter published in the New York Times in 2014.

Moses Farrow believes that Dylan’s claims are misinformed and driven by their calculated mother. Dylan O’Sullivan Farrow was furious at her brother for speaking out against her and the events of that day. Both Moses and Dylan have different accounts of what happened on the day in the family house. Moses had spoken out several times about what happened on that day, and how he was able to share more of his truth as an adult compared to when he was younger. Dylan continues to stand by her story. The difference in the story-line these two tell has created a significant strain on their relationship. So much so that Dylan has said that Moses is dead to her. This case has been viewed through the public eye for over 25 years. But both siblings hold their version of the truth close to the chest.

A family divided is not a new concept to the children growing up in the Farrow household. Mia Farrow and brother Ronan Farrow have stood by Dylan through her public claims, and she has received much attention with the recent #MeToo movement, asking the public and the Hollywood realm why Woody Allen was spared. To state the facts, Allen was found not guilty over a 14-month long investigation when the case was first brought to light, and no one has accused him of sexual assault since. Ronan Farrow has been a driving force behind the journalism and news of the movement likely to ensure justice for his sister. But with such different accounts of what happened on that day from multiple parties, the amount of time that has past, and many fuzzy details regarding the case, it’s hard to say with certainty what happened. Moses Farrow details what life was like growing up, as well as details about the day of the alleged abuse. In reaction to continued claims made by his sister, Moses stepped forward protecting his adoptive father and saying that Dylan Farrow was coached and influenced by their mother to make these claims.

Moses Farrow, who is 40 and works as a Family Therapist, was the first child to speak out his sister’s claims. Moses has been quoted in numerous publications about how confusing and frightening it was growing up under Mia Farrow’s rule, and how he was not able to share his truth until he was older and more removed from the situation. Today he has a relationship with his father Woody, and while it has taken him time to get there, his is happy to have his connection back with his father. For years, the Farrow family stuck together to make Allen out as the villain of the situation. It was drilled into the children that Allen was an evil man and this likely informed their decisions about him as adults. However, Moses’s detailed account of the day gives us a fuller understanding of what happened on the day of the alleged abuse, and what life was really like in the Farrow home.

Moses Farrow’s account entitled “A Son Speaks Out” is a 5,000-word document that sheds new light on the family situation. The document fills the public in on many details that have gone unknown. Moses recalls acting as “the man of the house” and monitoring Allen’s every move on the day of Dylan Farrow’s alleged assault, there was never a moment when Allen and Dylan Farrow were alone together. “I deliberately made sure to note everyone’s coming and going. I do remember that Woody would leave the room on occasion, but never with Dylan,” he wrote. “He would wander into another room to make a phone call, read the paper, use the bathroom, or step outside to get some air and walk around the large pond on the property.” Moses was 14 at the time.

As for the day of the alleged abuse, Moses discounts his sisters claims and details the many reasons why Dylan’s testimony against Woody cannot be true. From the size of the space where it was alleged to have taken place, to the presence there, or not, of a toy train-set she claimed to have been looking at. His central claim is that Dylan’s statements were coached and influenced by Mia Farrow and that this is consistent with the way in which the family was brought up. Two nannies and a French tutor were also present during the time of the alleged abuse. Moses goes into detail about who people were behaving, and how nothing about that night added up to the accusations later made. He said there were no complaints by the nannies, Woody and Mia went out to dinner, and Woody stayed overnight in a downstairs bedroom-with, apparently, not abnormal behavior by Dylan, and no hostile reports from any of the grownups.

Moses’s shared his personal experience growing up in the Farrow household. He claims that he was humiliated and physically abused by Mia, once forced to stand naked in the corner of her room, in front of his older siblings, because he cut the belt loops off a new pair of jeans. Mia’s treatment of her children had severe repercussions later in life for them, their psyche, and development as people. Tragically, three of Mia’s adopted children are now dead. One, Thaddeus, committed suicide. Another, Tam, died of an overdose after many years struggling with depression, although Moses speculates that this too was suicide, saying that “of course, blindness didn’t impair her ability to count.” Another sister, Lark, apparently struggled with addiction and died, aged 35. It’s an unsettling thought that this many of Mia’s children have passed, especially given the environment Moses describes. What’s odd is that we never hear similar accounts from Dylan or Ronan, who have aligned with their mother over the years. As far as they are concerned their mother is a child-activist, who protects those who don’t have a voice of their own. Maybe they never directly experienced this kind of behavior from their mother, but to have no impact or shared memories with Moses shows just how big of an experience gap the children had. Moses was significantly older than the other two children, Dylan was the victim child, and Ronan was Mia’s biological son, so it might not be so surprising that they had such different memories. Dylan responded to Moses’ essay on Twitter saying: “As I said when he last made these claims, this is an attempt to deflect from a credible allegation made by an adult woman, by trying to impugn my mother who has only ever been supportive of me and my siblings. It’s easily disproven, contradicts years of his own statements, is beyond hurtful to me personally, and is part of a larger effort to discredit and distract from my assault. My brother is a troubled person. I’m so sorry he’s doing this.”

Dylan and Mia have since renounced Moses as part of the family. Moses stated that public perception was fundamental to his mother, and one of her biggest fears was that people would uncover she was not the saint she was portrayed as. Moses’s narrative casts a dark shadow about the upbringing these adopted children experienced. As children, fear is a powerful tool, and if you are an adopted child, the fear to abide and stay in a family is a powerful influence to do a mothers bidding. Moses ends his post by appealing directly to his sister. “To my sister Dylan: Like you, I believe in the power of speaking out. I have broken my silence about the abuse inflicted by our mother. My healing began only after getting away from her. And what she has done to you is unbearable. I wish you peace, and the wisdom to understand that devoting your life to helping our mother destroy our father’s reputation is unlikely to bring you closure.”

Moses does not call his sister out as a manipulator or ill-intended, but rather that she was influenced and molded to do her mother’s bidding. There have been several commentators on this family that have said Dylan honestly could believe she is telling the truth, even if she was manipulated at a young and tender age. Moses appeals to the controlling nature of his mother to explain the situation and how it was all concocted to smear Allen’s name.

What’s sad and somewhat odd, is how different accounts these two have. Moses’s account is convincing that it was not a happy household to grow up in, while it seems like Dylan has clung to her mother for most of her life. It’s unlikely that Moses and Dylan will ever reconnect or be able to bridge this family gap. While they continue in their own lives, it seems doubtful that the siblings will be able to cultivate a relationship again. What is likely is that this isn’t where the story will end. With more information coming out to the public, and the use of social media, I’m sure we will hear more from the Farrow family. It took over twenty years to hear from one sibling of the family, so only time will tell what kind of information comes out next. What’s for sure is that one family holds many versions of the truth and are willing to go to great lengths to defend their claims.