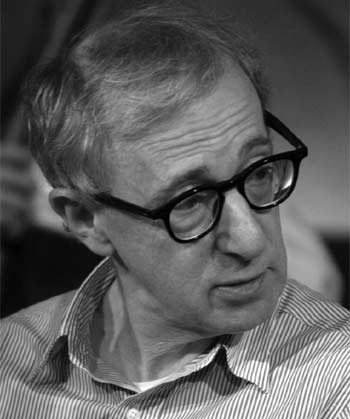 Women in film have come a long way. There was a certain way that women were depicted in film that painted them as demure and always a second fiddle to a male character. Even distinct female characters in films still relied on a man to either save the day or protect them from either an emotional or physical calamity. Typically the female character would follow same trope. They mostly had the same characteristics and never quite had the depth that the males character did in film. It was hard to come by a distinct female lead that had in depth character development.

Woody Allen is one of the most recognizable filmmakers of the current and last century. He is known for some of the most prominent films in the last 60 years. Since 1965 Allen has been making films but some of his most loved and cherished films involved some interesting and thought provoking portrayals of women. Movies like Annie Hall, Hannah and her Sisters, Vicky Cristina Barcelona, and Manhattan were all well received by critics and audiences. Some of these films won awards and most of them top multiple lists as some of the most humorous or influential films of the last 100 years. As such a prolific director, Allen covered a variety of topics in his movies mostly relating to relationships and gender issues. But out of all his movies, the ones that had a strong, well-developed female character have been his most loved films.

The women characters in Allen’s movies experience a wide variety of emotions and experience complex situations that help them grow as characters. The movies that have these strong female characters show women that did not conform to the gender stereotypes that were prevalent during that time. It was a departure from the standard female characters in most movies. Leading up to the 1960’s there are a very formulaic portrayal of women in film. The gender stereotypes were rooted in the belief that women in movies were meant to be seen and not heard. Men dominated the complex character narrative and women were relegated to background noise. Woody Allen changed that and created substantial roles for women.

There was a change in how women were viewed in the 1940’s because of the war. When all the men left to fight in the war, women took over in the workplace. They had to take over in different work fields that normally didn’t hire women. They experienced their first sense of freedom outside the home. Women felt like they were accomplishing big things for the first time in their lives. It was a huge step forward for women’s rights. They got the taste of freedom for the first time.

Things changed though when the men came back from war. The women were then sent back to their homes and expected continue on like they did before. It was a struggle because some of these women wanted to once again go out into the workforce and contribute to their household in a different way. But they found it difficult to find jobs. When all the men were off fighting, jobs were in abundance. However, once the men came home, the opportunity dried up but women in general didn’t want to go back to the way things were. Although the pressure to remain at home was strong, women wanted to start pursuing careers and to gain independence.

In the 1950’s this attitude that women should only contribute to the domestic part of household was still very prevalent but women wanted more. Even though they didn’t quite make any headway until later, women started wanting a new representation of what a woman should embody. The Hays Code, otherwise know as the Motion Picture Production Code, was a censorship code in Hollywood that dictated how women were supposed to be represented in films. The code dictated that women had to be married in the film and had to live a domestic life. The women characters had to also had to been shown enjoying this domestic lifestyle. This general representation of women in film started to become less and less appealing to a lot of women who made up a majority of moviegoers in the 1950’s and leading up into the 1960’s.

The 1950’s was considered the Golden Age for Hollywood. The same seven studios churned out movies at a phenomenal pace. These movies followed the same plot, contained the same character development and had the same themes. Women soon grew tired of these trite plots that no longer fit the new narrative. Women were looking for a new type of character and a new type of plot. They wanted the focus to be more about the women characters than the male and they wanted new plot lines and more character development.

Starting in the 1960’s there was a change in attitude when it came to the movie going experience and filmmakers like Woody Allen answered that call. At a time when women were still fighting to gain equal ground, Allen was creating complex female characters that were memorable. Audiences found his plots and characters to be thoughtful, unique and rare. Allen had already made a name for himself as a stand up comedian and a writer and as he delved into directing and writing screenplays, he garnered even more praise and accolades for his genius. His movies that featured strong female characters however are considered some of the most funny and endearing movies of the 100 years.

Woody Allen got his start writing jokes for pay starting at the age of 17. He even had an agent who would sell them to different newspaper publications. He tried attending college but the traditional education route was not for him. He attended New York University and the later attended City College of New York but both times, he ended up dropping out. Soon it wouldn’t matter because at the very young age of 19, he was able to join the NBC Writer’s Development Program in 1955. This was his true start in Hollywood that would soon lead to a very successful career.

The writers program soon led to a full time job working for The NBC Comedy Hour in Los Angeles. He started writing full scripts for shows like The Ed Sullivan Shows, Candid Camera and The Tonight Show. Allen began to gain the reputation as a diligent writer who would spend hours and hours writing a script. Even though he was able to quickly turn around a script, they were still quality scripts. His humor was unparalleled at that time and people started to refer to Allen as a genius.

His writing career soon led to a career in stand up comedy. At first, his humor and stand up routine was not appreciated. Allen focused more on the stand up monologue routine versus telling one joke after another. People did not appreciate the monologue style at first and Allen himself was not like typical stand up comedians during the 1960’s. He had a nervous, intellectual affectation that people didn’t quite understand. However, as attitudes about entertainment began to change so did Allen’s popularity.

The 1960’s saw a radical change in how women viewed their world. Even though the Women’s Rights movement had its roots in the late 19th century and the early 20th century, there was a huge resurgence in the 1960’s. Women were pursuing their intellectual interests along with their careers interests. Women were out protesting for their rights and the 1960’s kick started deep cultural changes in society. Along with this change in attitude came the change in attitudes towards entertainment. This change in the 1960’s led to more women being portrayed in movies as independent people. Female characters started to take center stage in films and Woody Allen was the perfect writer to help bring intricate female characters to life.

Woody Allen’s greatest work involves female characters that are funny, multifaceted and complicated. One of his most famous movies, Annie Hall, received widespread critical acclaim and won the Academy Award for Best Picture in 1978. The movie also won Best Director, Best Original Screen play, and Best Actress. The lead female character, played by Diane Keaton, became one of the most well-loved and well-known female characters of the 20th century. It is hailed as the most loved Woody Allen movie of all time. The plot of the movie follows the comedian Alvy Singer as he tries to find out the reason behind the demise of his relationship with his ex Annie Hall. There are many themes that follow throughout the film, but the character of Annie Hall was the true standout.

The character of Annie Hall is so vivid and down to earth. Women admired the character’s distinct fashion style that was more masculine than feminine. The audience watches as she transforms into an ambitious artist who starts to experiment with life. Annie Hall experiences complex character growth that shows a sense of independence and exploration. She grows to be a very multifaceted character that had mass appeal. The character of Annie Hall is still one of the most loved movie characters of all times. Thanks to the success of this movie Allen then felt the confidence to write more scripts that involved substantial roles for women. He was giving some amazing female actresses the chance to take on the challenge of a complex character.

Women for decades were cast in a certain light in Hollywood. They were given the same typical roles with the same plots in movie after movie. This monotony soon gave way thanks to the need and want for movies with substantial female leads. The entrainment industry in the 1950’s and 1960’s began to experience a decline in profits thanks to a lack of interest. The reason for the lack of interest is that the wants and needs of the typical moviegoer changed. People wanted films that were more intellectual and thoughtful. The Women’s Rights movement helped to aid the change in Hollywood. More and more roles were being written for women. Doors slowly starting opening for women in the entertainment industry and Woody Allen led the way by writing substantial female leads in his movies.

In the NY Times article titled “Annie and Her Sisters”, the author delves into the complexities of Allen and his female leads. There have been a lot of criticism aimed at Allen over the years, but the one thing he says that he has never been accused of is writing poor female leads. Woody Allen himself said in the article, “People have criticized me for being narcissistic. People criticized me for being a self-hating Jew, that’s come up. But not being able to create good women was not aimed at me very often.”

Woody Allen is considered a genius. His movies are considered some of the best movies in the history of films but his most beloved films involved female leads. He writes beautiful, well-rounded female characters that experience life in a unique way and experience growth and independence from those experiences. He writes a female lead that audiences relate to and love. He has the unique ability to write a female character that comes from his ability to observe women and then translate those observations into a beautifully written script. He was one of the directors that really helped to usher in an era in Hollywood that includes some very memorable roles for women.

When you think of the Night Market, what comes to mind? Is
Ricky Gervais has been selected to host the 77th Golden Globes ceremony
As far as the upcoming television season goes, there is nothing that
Representation matters in the media. Although, there has been a push for
Woody Allen’s latest rom com, A Rainy Day in New York is
Go to Top