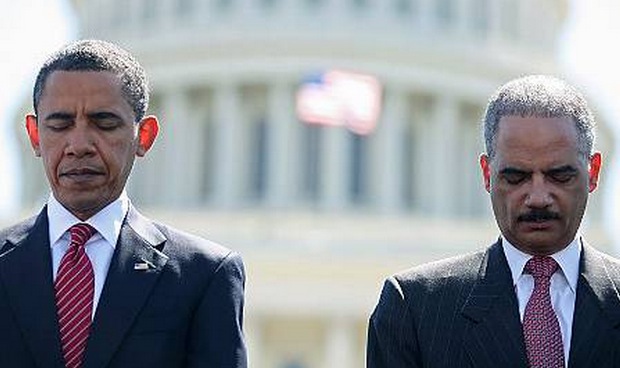 The only thing Trayvon Martin and Christopher Lane have in common is “they are both dead”. Trayvon Martin is black, Christopher Lane is White. This is the point where I need to say that the word racist means, a person who believes a particular race is superior to another. If that is true and I believe it is then that would make Barack Obama, Jessie Jackson, Al Sharpton, and Eric Holder all racists. I did not want to ever write about Trayvon Martin but President Obama says if he had a son he would want him to be just like Trayvon. He has alluded to civil rights, hate crime and everything under the sun.  Zimmerman was acquitted they are still talking that. What they are saying is this little young black boy was trying to get home (no one knows where he really lived) with his bag of skittles. He was not plucked off by a gang of whites because they were bored, he was not singled out because he was black, he was on top of a Hispanic pounding his head into the concrete saying “tonight you will die” when he got shot. It appears we cannot defend ourselves against a black.  The four so called leaders  mentioned above have done more to divide whites and blacks than anyone else while preaching we have to get along. We can’t get along when the blacks can do anything and we don’t dare confront them. Now look at Christopher Lane, a white boy from Melbourne, Australia out for a jog. He was just 22 and attending Oklahoma’s East Central University on a baseball scholarship. Three BLACKS  Christopher Luna 16, James Edwards Jr, 15 while 17 year old Michael Jones drove the getaway car. OBAMA, HOLDER, SHARPTON OR JACKSON has not said one word about it. the deputy White House Secretary said a couple days later he was not aware of it. How were they made aware of the fact the “poor little black boy with a bag of candy” got shot and was on every channel on TV, every newspaper and at the Dream march they are having today they are still carrying signs and wanting justice for Trayvon. The BLACK THUG was not going to school, he was on dope and police found a bag of stolen jewelry and things wherever he lived, but you don’t hear a word. Apparently the media is afraid to mention anything bad a black does. Glen Beck and a few others are the only place to get the news. The three BLACK THUGS  that did the thrill kill on Christopher Lane said they were bored. But the man who called the police on the shooters said it was a gang initiation. One of the suspects said ” 90% of the white people are nasty, #HATE THEM’. Also, said he knocked out 5 woods since Zimmerman court. Wood is a derogatory slang for white people. But Deputy Press Secretary Josh Earnest sad he was not familiar with the story at all. The administration simply don’t care what happens to whites and when it does they don’t even want the story to mention the killer or killers are black. But if any other race kills a black to save their own life, all of a sudden the White House hears and twists the story completely. That looks like racists to me.

Which brings up an even more shocking story of two BLACK THUGS beating an 88 year old WHITE WWII Veteran to death. There was a little blurb in the Seattle Times but it did not say the guys that beat him were BLACK. Obama should be shouting from his little pedestal to the black parents to stand up and take care of their children or they will be held accountable and put in jail too. The WWII Vet Delbert Benton made it through the war including one of the fiercest battles at Okinawa. Then two creeps (BLACK creeps) beat him to death. But for our president to not get up on his soap box and rave about how terrible to shoot a hero is almost unbelievable. Instead he is at a march honoring a little black boy that he would have like to have had for a son. He is a racist. He hates us whites, he wants the other blacks to hate us. Homeland Security who are supposed to be protecting us by spying on our e mails had a man employed by them by the name of Ayo Kimathi (BLACK), who was running a hate website. He was encouraging blacks to kill whites, predicting and advocating a race war. He does not want blacks, whites, mixed race or gays to integrate with each other. Well Obama hasn’t said a word, Holder, Jackson or Sharpton hasn’t said a word, but what do you suppose the punishment was? He was put on Paid Administrative Leave. Now that is really harsh punishment for trying to start a race war, and create hate and encourage blacks to kill whites and says he will see them on the Battlefield. Isn’t that a form of terrorism or something.? Obama is out honoring Trayvon. Two teens (didn’t say color but I assume white, did a couple prank calls about Obama and the FBI tracked them down and read them the riot act. But Ayo Kimathi is just on paid vacation. He should (or a white would) be in jail. That is a form of terrorism or close to it. Sounds like a reverse white supremacist . But if you hate a black you are in trouble, if a black hates a white he gets put on paid leave.

Obama did not get to be president because of anything good he has ever done. He has lied about his birth and when forced to come up with a birth certificate it named a hospital that was not named that when he was bon. He went to college as a foreign exchange student, but never had to explain that. His social security number is from a state he has never lived in. He did not get into college because of his grades. He has got pushed up the ladder to do exactly what he is doing. He is dividing America more than it has been since Martin Luther King did his March. He was brought up in a church with a radical preacher guiding him. He has surrounded himself with radical left wing anarchists. He has hidden his medical, educational and travel records. But no one dares question him about anything because he is black. Could any guys be worse examples to little black boys than Al Sharpton and Jessie Jackson, but they are Obama’s back drops. He has got America in debt and all of it was squandered on shovel ready green jobs, bail out’s and foreign aide and worst of all his lavish vacation and apology tours. In my opinion he is absolutely ruining America and for sure not making whites and blacks like each other. I don’t wish him any harm but think he should be impeached and made to answer all the questions he should have been asked before he was even nominated. The rich blacks like Oprah got him where he is. Mostly working whites paying for his entitlements to the blacks. It just wont work forever.

Another story and I can’t find the boys name but he was white, walking to his car on a street in Memphis TN. A car pulls up, a black gets out and shoots him from 10 feet away. (yep never got close to him, just pulled the trigger) they have the video. But they are calling it a failed robbery not a hate crime. WHY? If the colors were reversed it would be a hate crime. It was not even a botched robbery. The shooter never robbed him. The white guy still had his money, his cell phone, the keys to his car. Obama, Holder don’t know a thing about all the blacks shooting each other and shooting whites for thrill kill but sure are praising and defending a black that was trying to kill a guy but got killed himself.