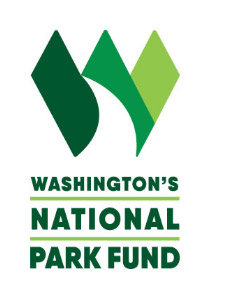 Funds to Support Critical Technologies to Improve Safety of Park Rangers; and Infrastructure for Hundreds of Volunteers

Seattle, WA — April 4, 2018— Washington’s National Park Fund (WNPF), the official philanthropic partner for Mount Rainier, North Cascades and Olympic National Parks, today announced that a private contributor has donated $1 million to the organization. The generous donation is an estate gift from a Washington national parks lover, Bette Wallace, to ensure the long-term livelihood of these beautiful places. The gift, given via the Elizabeth Ruth Wallace Living Trust, is being split evenly between the three national parks that WNPF supports. It has rangers across the state thrilled because U.S. national parks typically operate on tight budgets and Washington’s national parks are no different.

Mount Rainier National Park and Olympic National Park plan to combine their funds for, among other things, the purchase and establishment of a Computer Aided Dispatch (CAD) system that allows dispatch operators to better monitor rangers working in the wilderness. Park employees currently carry Personal Locator Beacons (PLBs) and with the new CAD system, dispatch operators will be able to see the whereabouts of all park employees on one display. This greatly improves employee safety and response times within the park during regular and emergency operations. Mount Rainier National Park, for example, has more than 275 full-time and part-time employees (not counting volunteers).

North Cascades National Park will use the new funding to, among other things, support much-needed infrastructure improvements for the hundreds of volunteers who serve the park through the visitor center, youth and education programs, campground hosting, search and rescue, maintenance, and science inventory and monitoring.

“This funding comes at a pivotal time for Washington’s three largest national parks,” said Sarah Creachbaum, superintendent at Olympic National Park. “Our country’s national parks have experienced many financial challenges in recent years and there is a significant maintenance backlog. This wonderful donation via WNPF enables us to invest in much-needed safety technology that can quite literally save lives in Washington for years to come.”

“We are so grateful for the lovely and exceptionally generous gift from the Elizabeth Ruth Wallace Living Trust,” said Laurie Ward, executive director of WNPF. “We wish Bette was still here so the park rangers and I could personally show her all of the significant park infrastructure enabled by her major gift. Not only will it provide immediate vital support to Washington’s national parks, it ushers in a new level giving for WNPF. With so much passion for Mount Rainier, North Cascades and Olympic National Parks, we foresee that this will be the first of many gifts at this level.”

More About Bette Wallace
Bette Wallace lived a life full of adventure. She traveled the world, skied, played golf, and in her last years had a special relationship with the squirrels outside her back door. She was born in 1924, grew up in Washington State and was a 1942 graduate of Edmonds High School. Between 1942 and 1949, she worked as a civilian employee for the U.S. Army in Seattle, Alaska and Tokyo. Shortly after her return, she met Bryan Walker Wallace, also a Washington native, whom she married in 1950 in San Francisco. They lived most of their married lives in Mountain View, CA, but she always considered Washington her home and visited often. With most of her family living in Washington, she knew it was special place and that many of her family enjoyed the state’s National Parks.

“On behalf of her trust it was our family’s honor to make this donation on her behalf to the Washington’s National Park Fund knowing it will be used for many projects including a combination of saving lives and supporting volunteer infrastructure in the parks,” said Cheri Ryan, Bette Wallace’s niece and trustee of her estate.