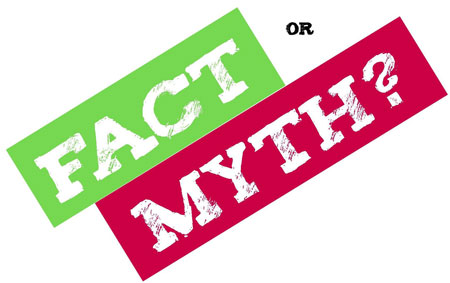 Cancer is a scary disease. When we hear this word we all have different initial reactions. Some words that pop into our minds include: Survivor, scared, death, battle, support. This word stirs different emotions and thoughts in everyone. There is still much that researchers don’t know about this disease. However, with the internet, we are ever diagnosing what are the cause, how to prevent it, and if we can be prone to it. In Seattle, we have companies that are providing high valued research into this disease like that Seattle Cancer Care Alliance and Fred Hutchinson.

This can be a scary topic and often the internet can be full of both accurate and inaccurate information. It’s important to know what researches have concluded as true and false surrounding cancer. What’s hype, what’s myth, and what is fact? Doing your research is important. Have you heard about diet, products, and lifestyle being contributing factors to getting cancer? For example, claims have been made against Johnson and Johnson Baby Powder, Diet Coke, and lack of exercise and certain lifestyle have been accused of causing cancer.

Johnson and Johnson Baby Powder is in not scientifically proven to be linked with causing cancer. Individuals who have used it and been diagnosed with cancer, have linked it the use of Talcum in the product. According to the American Cancer Society, “It is not clear if consumer products containing talcum powder increase cancer risk. Studies of personal use of talcum powder have had mixed results, although there is some suggestion of a possible increase in ovarian cancer risk. There is very little evidence now that any other forms of cancer are linked with consumer use of talcum powder”.

This raises the question: does Talcum Power cause cancer? When talking about whether talcum powder is linked to cancer, it is important to distinguish between talc that contains asbestos and talc that is asbestos-free. Talc that has asbestos is generally accepted as being able to cause cancer if it is inhaled. This type of talc is not used in modern consumer products. The evidence about asbestos-free talc, which is still widely used, is less clear.
Researchers use 2 main types of studies to try to figure out if a substance or exposure causes cancer, lab studies and studies in people. In most cases neither type of study provides enough evidence on its own, so researchers usually look at both lab-based and human and studies when trying to figure out if something causes cancer. Many studies in women have looked at the possible link between talcum powder and cancer of the ovary. Findings have been mixed, with some studies reporting a slightly increased risk and some reporting no increase. Many case-control studies have found a small increase in risk. But these types of studies can be biased because they often rely on a person’s memory of talc use many years earlier. Two prospective cohort studies, which would not have the same type of potential bias, have not found an increased risk. For any individual woman, if there is an increased risk, the overall increase is likely to very be small. Still, talc is widely used in many products, so it is important to determine if the increased risk is real. Research in this area continues.

Onto the next debatable cancer causes, diet coke: fact or myth? While it can increase your chances, it does not seem to be classified as a direct cause.

The harmful effect that diet soda has on gut immunity, and the fact that artificial sweeteners promote cancer-causing obesity, diet beverages can increase cancer risk in other ways. The Center for Science in the Public Interest downgraded Splenda from “Caution” to “Avoid” in its Chemical Cuisine glossary of food additives, citing a study conducted by the Ramazzini Oncology Institute in Italy which made a clear connection between Splenda and leukemia as well as other blood-related cancers. The aspartame-formaldehyde-breast cancer connection was made by researchers and integrative medicine advocates as early as 1999.

Aspartame is another hot word linked to causes of cancer. Aspartame has been used in the United States since the early 1980’s. It is now found in thousands of different food products. Aspartame is commonly used as a tabletop sweetener, as a sweetener in prepared foods and beverages, and in recipes that do not require too much heating (since heat breaks down aspartame). It can also be found as a flavoring in some medicines.

In the body, aspartame is broken down into phenylalanine, aspartic acid, and methanol. Methanol can be toxic in high amounts, but the amounts that result from the breakdown of aspartame is lower than with many “natural” foods. For example, drinking a liter of diet soda would lead to consumption of 55 milligrams (mg) of methanol, as compared to as much as 680 mg of methanol from a liter of fruit juice.

According to the American Cancer Society, “Researchers use 2 main types of studies to try to determine if a substance or exposure causes cancer. (A substance that causes cancer or helps cancer grow is called a carcinogen.) In studies done in the lab, animals are exposed to a substance (often in very large doses) to see if it causes tumors or other health problems. It’s not always clear if the results from these types of studies will apply to humans, but lab studies are the best way to find out if a substance has the potential to cause cancer in humans before widespread exposure occurs. Another type of study looks at cancer rates in different groups of people. Such a study might compare the cancer rate in a group exposed to a substance versus the rate in a group not exposed to it, or compare it to what the expected cancer rate would be in the general population. But studies in people can sometimes be hard to interpret, because there may be other factors affecting the results that are hard to account for. In most cases neither type of study provides definitive evidence on its own, so researchers usually look at both lab-based and human studies if they are available.”

Along with diet, people go to extremes in their lifestyle to counteract the chance of getting cancer. But are these effective tactics? There is no way to guarantee that you will live a cancer free life, but there are ways to reduce your risk. Preventive behaviors are an important way to reduce your risk of cancer.
Using any type of tobacco puts you on a collision course with cancer. Smoking has been linked to various types of cancer — including cancer of the lung, mouth, throat, larynx, pancreas, bladder, cervix and kidney. This is not new news to us, but some people chose to ignore this advice increasing their risks. Chewing tobacco has been linked to cancer of the oral cavity and pancreas. Even if you don’t use tobacco, exposure to secondhand smoke might increase your risk of lung cancer. Avoiding tobacco — or deciding to stop using it — is one of the most important health decisions you can make. It’s also an important part of cancer prevention.

Skin cancer is one of the most common kinds of cancer — and one of the most preventable. Try these tips: Avoid midday sun. Stay out of the sun between 10 a.m. and 4 p.m., when the sun’s rays are strongest. Stay in the shade. When you’re outdoors, stay in the shade as much as possible. Sunglasses and a broad-brimmed hat help, too. Cover exposed areas. The cultural pressure to be bronzed and beautiful is not worth the health risks. This one of the most preventable kinds of cancer. Don’t skimp on sunscreen. Use generous amounts of sunscreen when you’re outdoors, and reapply often. Avoid tanning beds and sunlamps. These are just as damaging as natural sunlight.

Cancer prevention includes protection from certain viral infections. Talk to your doctor about immunization against: Hepatitis B. Hepatitis B can increase the risk of developing liver cancer. The hepatitis B vaccine is recommended for certain high-risk adults — such as adults who are sexually active but not in a mutually monogamous relationship, people with sexually transmitted infections, intravenous drug users, men who have sex with men, and health care or public safety workers who might be exposed to infected blood or body fluids. Human papillomavirus (HPV). HPV is a sexually transmitted virus that can lead to cervical and other genital cancers as well as squamous cell cancers of the head and neck. The HPV vaccine is recommended for girls and boys ages 11 and 12. It is also available to both men and women age 26 or younger who didn’t have the vaccine as adolescents.

Another effective cancer prevention tactic is to avoid risky behaviors that can lead to infections that, in turn, might increase the risk of cancer. Practice safe sex, limit your number of sexual partners, and use a condom when you have sex. The more sexual partners you have in your lifetime, the more likely you are to contract a sexually transmitted infection — such as HIV or HPV. Another preventative action is to not share needles. Sharing needles with an infected drug user can lead to HIV, as well as hepatitis B and hepatitis C, which can increase the risk of liver cancer. If you’re concerned about drug abuse or addiction, seek professional help.

Regular self-exams and screenings for various types of cancers such as cancer of the skin, colon, cervix and breast can increase your chances of discovering cancer early, when treatment is most likely to be successful. Scheduling these exams or knowing how to self-examine are critical. The more you know the quicker you can act.

Overall, cancer is a very complex disease and there is still much that researchers don’t know about it. While people hold strong to their deep-rooted beliefs about what causes cancer, studies show that there is still much to learn and understand. It is simply not as easy as a cause and effect. While some things are clearly linked to cancer, it is not one hundred percent clear how to total prevent or cure it. Products such as Johnson and Johnson Baby Powder, Diet Coke, and certain other foods still have much research around them before experts can know for sure. In the meantime, eating healthy, exercising, and staying out of the sun can help reduce your risk of cancer. If this is a strong topic for you personally, support our Seattle cancer organizations.