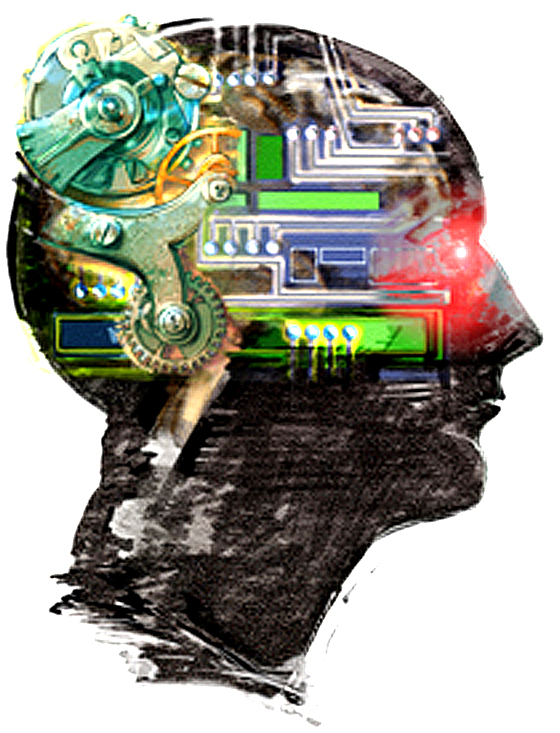 Artificial intelligence has been making significant advances over the last decade. Researchers and scientists have been diligently working on improving and perfectly true AI. There has been a debate raging among some industry leaders, like Bill Gates and Elon Musk, on how far artificial intelligence research should go. There has been a lot discussion and theories on the yet to be known consequences of the advancement of AL. There is no clear picture on where this research is leading and there is no way to really predict what AI will be like when it reaches its true and complete form.

Many believe that the rise of AI is inevitable and soon it will encompass all of humanity’s daily activities. AI will become a crutch that mankind uses to perform almost all the tasks needed to survive. Already, technical conveniences like Siri and Alexa, have infiltrated the lives of many.

These intelligent personal assistants have become the go-to accessory to help make people’s lives more streamline and convenient. Slowly but surely, these AI devices have become so ingrained in the daily activities and decisions of most people that very few realize that they have become so dependent on these AI devices. It is so simple and easy to rely on these devices for convenience. On a side note, a robot has been throwing shade at Elon Musk.

There are some people that believe all these extraordinary advancements in AI spells certain doom for the human race. People like tech entrepreneur, SpaceX and Tesla CEO Elon Musk, believe that scientists and researchers should adhere to strict and serious regulations when improving the search for truly independent artificial intelligence. His doomsday predictions sounds like the plot of the famous science fiction movie. He has been scoffed at by some, but others are taking his words seriously.

Elon Musk believes that artificial intelligence poses an existential crisis for humanity. Musk has discussed his thoughts about what he considers the greatest threat to the world at public speaking events in the past and most recently he has gone more in depth about the dangers that he believes that humanity faces in the future.

At the bipartisan National Governors Association in Rhode Island, Musk not only spoke about energy sources, his own electric car company and space travel but also commented on his belief that AI is dangerous. When Gov. Brian Sandoval of Nevada asked if robots will take everyone’s jobs in the future, Musk responded that “robots will do everything better than us.” He elaborated by stating, “AI is a fundamental existential risk for human civilization, and I don’t think people fully appreciate that.”

This isn’t the first time that Musk has run the alarm about what he believes is the biggest threat to mankind but at this particular event, Elon Musk preached about the need for AI regulation. He has been preaching the need for AI regulation since 2014. During an interview at the AeroAstro Centennial Symposium at MIT, Musk discussed computer science, AI, space exploration and the colonization of Mars but the conversation very quickly turned towards the fear that AI could ultimately become humanity’s overlord.

He said, “I think we should be very careful about artificial intelligence. If I had to guess at what our biggest existential threat is, it’s probably that. So we need to be very careful,” said Musk. “I’m increasingly inclined to think that there should be some regulatory oversight, maybe at the national and international level, just to make sure that we don’t do something very foolish.”

Even though many have raised doubts about his doomsday predictions, Musk is not just sitting by and doing nothing about what he believes the future will hold for us. He has helped found a company that is currently researching and working on “discovering and enacting the safe path to artificial general intelligence.” Even though this company is in its infancy stages, they currently have over 60 researchers and engineers on staff working full time to research artificial intelligence and its future ramifications.

The company is currently working on problems that require fundamental advances in AI capabilities, publishes at top machine learning conferences, offers open-sources software tools for accelerating AI research, and releases blog posts to communicate research. The company has plans to be as open as possible with its findings are research. They already have published numerous studies on their website.

OpenAI, unveiled last December, has already made a lot of waves in the artificial intelligence community. When the company announced their existence, some of Silicon Valley’s biggest companies began offering a lot money to the artificial intelligence researchers that were looking to join OpenAI, scrambling to get those researchers on board with their AI research efforts before they went over to Musk’s company.

These other companies knew that Musk was looking to bring on board the best of the best in the artificial intelligence research field. Open AI didn’t match these offers but instead offered something else. OpenAI offered these researchers the opportunity to conduct their research in the manner that they saw fit instead of worrying about churning out products and quarterly earnings. OpenAI gives these researchers the chance to focus on following their instincts instead of having to follow a production schedule.

Open AI has another unique aspect. The company plans on sharing all of its research and findings away. Musk created the company with the intention of sharing all its findings to the public. One of the biggest surprises about AI researchers is that most of them actually want their findings to be shared with the world. The brightest minds in the field aren’t motivated by lots of money, the next product cycles or profit margins. They genuinely want to research and discover how to make artificial intelligence better and this can only happen is the research is open source and shared with other companies and researchers.

The motivation for Musk to create a company that is not based on a making profits or products is because he believes that research needs to be conducted in a fashion that leads to humans having control over artificial intelligence and not the other way around. Musk believes that the many strides that have been made in the search for artificial intelligence need to be viewed as a cautionary tale instead of a tale of exciting exploration and discovery.

He issued this warning in 2014, “I think we should be very careful about artificial intelligence. If I were to guess like what our biggest existential threat is, it’s probably that. So we need to be very careful with the artificial intelligence. Increasingly scientists think there should be some regulatory oversight maybe at the national and international level, just to make sure that we don’t do something very foolish. With artificial intelligence we are summoning the demon. In all those stories where there’s the guy with the pentagram and the holy water, it’s like yeah he’s sure he can control the demon. Didn’t work out. “

Not everyone agrees with Musk and his predictions about the future of artificial intelligence. Microsoft co-founder Bill Gates has the exact opposite opinion when it comes to “summoning the demon”. Gates believes that Musk is being a little too premature when it comes to his dire warnings about this upcoming evolution in AI. Gates, whose recent thoughts regarding AI were published by the Wall Street Journal, was quick to say that he respected Musk but that he didn’t agree with ringing the doomsday bell when it comes to AI.

In the joint interview with Satya Nadella the third CEO of Microsoft, Gates had this to say about artificial intelligence, “The so-called control problem that Elon is worried about isn’t something that people should feel is imminent,” says Gates, according to a transcript of the interview published by the WSJ Magazine. “We shouldn’t panic about it.”

Zuckerberg decided to conduct a Facebook Live stream from his backyard this last July to answer the questions from fans around the world. As the Facebook founder was smoking meats in his backyard in Palo Alto, he answered a user submitted question about the future of AL. The question was, “”I watched a recent interview with Elon Musk and his largest fear for future was AI. What are your thoughts on AI and how it could affect the world?” Zuckerberg’s response was simple. He believes that Musk is being irresponsible and that, “I have pretty strong opinions on this. I am optimistic,” says Zuckerberg. “I think you can build things and the world gets better. But with AI especially, I am really optimistic.”

Zuckerberg went on to say that AI has already done so much for humanity. He gave the example of artificial intelligence being used to diagnose diseases and that self-driving cars will create less accidents on the road. He also responded to Musk’s calls for the regulation of artificial intelligence research. “Whenever I hear people saying AI is going to hurt people in the future, I think yeah, you know, technology can generally always be used for good and bad, and you need to be careful about how you build it and you need to be careful about what you build and how it is going to be used,” says Zuckerberg.

He does not believe that there should be any regulation over artificial intelligence research. He thinks if anything, there should more invested into AI research and that the research should proceed at full steam ahead. He said, “But people who are arguing for slowing down the process of building AI, I just find that really questionable. I have a hard time wrapping my head around that,” he says.
Recently, Maureen Dowd wrote a very long Vanity Fair article that even went so far as to claim Musk’s ominous warnings are nothing more than a very elaborate sales tactic. In her article she said that, “Critics ‘argue that Musk is interested less in saving the world than in buffing his brand,’ Dowd writes, and that his speeches on the threat of AI are part of a larger sales strategy.”

There seems to be more opposition to Musk’s predictions than support but Musk is not bothered by those that oppose his ideas about artificial intelligence. In fact, despite what others are saying, he has stayed strong in his beliefs. Whether artificial intelligence ends up being humanity’s savior or its overlord is yet to be determined. Since there is so much that is unknown about the exact form that AI will take, Musk is right to at least to raise awareness about the potential risks that could arise from the research that is being conducted.

Implementing some form regulation should be required so that at least the researchers can retain more control over their findings and their possible creations. There is still so much that is unknown about the field of artificial intelligence that adding a few precautionary measures might be more helpful than harmful. Musk is not advocating for stopping all research, he just wants there to be better rules and regulations for safety purposes. Artificial Intelligence could be some thing wonderful but there is no way to actually know. Let’s hope that the future will hold the very best when it comes to AI but in the meantime, maybe being cautious is the best plan of action.

Have you or someone you know recently been exploring the possibility of
The Black Creek Group is an investment firm specializing in property management
There is an old saying about the truth. According to Aesop, “Those
The University Shopping center is a Seattle favorite. Whether you are looking
Washingtonians know that Boeing has a strong presence in the state. Whether
Go to Top