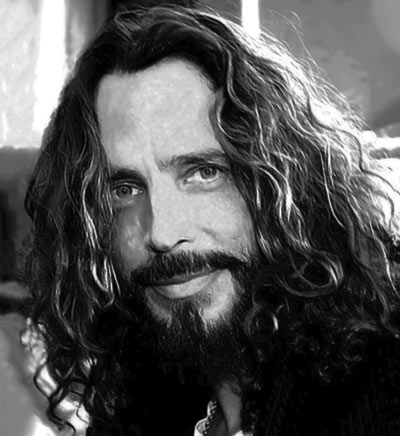 I’m writing to you today due to a strongly felt opinion of matters. With the sudden and
tragic passing of Chris Cornell, it’s safe to say that many of us from all around
the world have grieved as one devastated collective whole.

The generation of my youth, who has been immensely touched by the work of Chris
(Soundgarden, Audioslave and Temple of The dog, etc.) throughout the years has also
been taking it with overwhelmingly deep sorrow.

We are lucky in the sense that through the internet, we have a social media support
team of sorts. Most of us don’t have a soul to cry to in real life or a safe place
to vent our lengthy distraught paragraphs about how much Chris meant to us. As kids,
we’re told to get it over it as some parents think it’s ridiculous to cry over
somebody we barely knew.

That’s where they are wrong.

Within in the last two weeks, I’ve talked to strangers upon strangers. We all have
one thing in common, our outpouring of grief is too much to handle alone by
ourselves. Some of us don’t have the words to express how we feel on the inside.
Chris Cornell’s music has been a place of solace for those who suffer from personal
demons and mental illness. He gave us a peace of mind when we were surrounded by
nothing but pure darkness.

In a roller coaster of such events, we are all searching for someone to comfort us
with words that capture exactly how we feel within our grief-ridden heads. It makes
us feel less alone. That’s the beauty of literature, and it’s one of the main
reasons why I’m a writer/poet. Since that dreadful day, I have written a quartet of
tribute poems for Chris and have posted them all throughout social media.

Though I post my poems as my own intimate body of work, an expressive reliever from
my personal troubles. Something came out of those poems that I never would have
thought to happen. People began to compliment me, thank me – within days I had
received a small heartfelt pile of messages from people who said that my tributes
resonated with them on such a deep level and that it lessened their pain to know
that other people felt the same overload of emotions that they did.

I could never have comprehended such a heartfelt reaction, I wasn’t the biggest –
nor was I the most knowledgeable Cornell fan in the world. A couple of his songs had
managed to strike a chord in me during my darkest depressions, but that was more
than enough to make me feel utterly heartbroken and destroyed at his passing.

After seeing such an emotional response from those online, it’s made me want to take
a giant leap and comfort others on a wider level. One of the most fulfilling gifts
as a writer for me is to help people with my words.

It’s my goal to express what others cannot. As as private sufferer of so much, I
want to let people know that they are not alone in their struggles and that this can
be overcome with taking comfort in the supportive fact that so many others across
the globe are feeling exactly the same way.

And it seems I’m not the only one who believes in the power of words. The Chris
Cornell fans that have reached out to me personally, they believe you should publish
my poem as not only a tribute – but as a public relationship status of emotions that
most of us are still feeling. A mental soother to the souls who don’t have a voice
as they mourn ever so strongly.

I’m not a person who boasts with arrogance when talking about my work. In fact, I
only wish to do this out of the hope that this could potentially help those closest
to home. I’ve never had any of my poems officially published. If I were to choose a
purpose for my first print, I couldn’t think of a better reason than this.

I wouldn’t be the person I am today without the genius souls of music.

Music remains as a major source of inspiration for my poetry. It pushes me and helps
spread my creative wings in soaring heights that I wouldn’t have dared to think
venture by myself. Some of my greatest influences in life come from your city.

It would be a lifelong dream to pay homage to the men of music that saved me in
terms of artistic exploration/expression and of course, as a human being who has
endured many painful things. I want to pay tribute to Chris Cornell.

These words of mine were written with the utmost of love and respect for the man
himself. But I’m not the one who gives meaning to my words. Only the audience bears
that strength. So here is a few messages from those who have their own strong
reasons as to why my poem deserves to be published.

“It’ll be a great thing for his fans to see and it might get you noticed cause when
I read it, it really was what I was feeling and so many other people feel that way.
That’s all the reaffirmation you need and to put it simply, it’s exactly what his
fans relationship with his music is.

You said it in the most perspicacious and beautiful way and it deserves to be more.
I feel this is the quintessential Chris tribute from his fans aka you. You are our
voice. I really believe in this and the effect it could have on people’s lives and
yours. Go for it.” – Violet – 20 years old, America.

“I agree with Violet! It’s a beautiful poem that deserves and needs to be known! It
express what we’re all feeling. It’s a beautiful tribute to Chris Cornell. Just go
ahead and send it.” – Salomé – 21 years old, Portugal.

“Submit it – It was a beautiful poem that deserves to be heard. I bet a lot of
Chris’s fans will appreciate your kind and moving words about him.” – Anonymous.

“You should publish these…notes from the heart of a music lover.” – Keia – Late 20s,
Brooklyn, New York.

So there you have it. In the end, it’s your choice. I’ve been unexpectedly nominated
as a voice, one that has helped others in ways that I could never have imagined. I’m
beyond grateful for all the support and encouragement that I’ve been blessed enough
to receive. But with your help, you can make our connected voice stronger.

I may just be a girl from the other side of the world.

But I sincerely want to help those who wish to remember Chris Cornell in every way
possible, I hope you will help us too. Here is my poem, it’s called “Lost Highway”
and I dedicate it to Chris Cornell in the highest of regards.

“I cling to your voice like a reluctant child that’s lost.
My gathered thoughts officially belong to your cause.
Choking constantly with harsh tears that refuse to bleed.
You were always there for me in my darkening time of need.

My face is expressionless because my heart is strained with the cries of pained
poetry. I can’t comprehend the present, only the past – for that’s where you’ll
forever last.

It’s like my body’s being savagely ripped to pieces, only to be told it’s the work
of jesus. It’s punching me in the throat with a hardened fist and yet I no longer
wish to believe this.

I’m laying in a comforting museum that’s filled with your screaming artwork of
sound. Your echoing words caress my torn skin with precision but you’re nowhere to
be found. I keep exploring within your eyes as an act of grace to help forget this
grieving craze. Trying to resist the urge of becoming hopelessly attached but your
spirit already exists in my endured panic attacks.

Searching for a solace whilst turning the faucet of your triggering absence.
Breathless at the haunting delivery of your speech that I simply cannot bear to
complete. The universal hugs of others soothe my denying soul as our mutual
connection saves us from being sold. Though there’s still so much to say to you in
terms of appreciative love, I just hope you can hear me from way up above.”