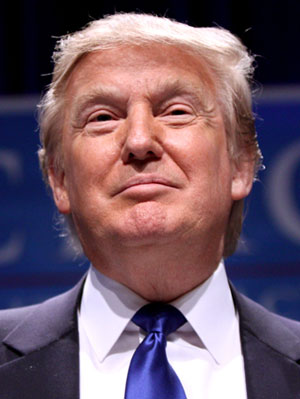 Many people are not on the Trump train as he continues to cut the tape and create a smaller government. One thing I hear often is how people believe Trump will eventually be impeached. They believe it may come from the Russian probe or something he does down the road as his presidency continues. Lets just cut to the chase. Trump will never be impeached and here is why.

First let’s talk about the position of the President. Being the President of the United States, he is immune from criminal prosecution. It’s protected under the constitution of the United States. Here is what it says exactly from Article I, Section 3: “Judgment in cases of impeachment shall not extend further than to removal from office, and disqualification to hold and enjoy any office of honor, trust or profit under the United States: but the party convicted shall nevertheless be liable and subject to indictment, trial, judgment and punishment, according to law.”. In short, while in office, he is untouchable.

I don’t think people realized that impeachment is a complicated process and it must be voted on and passed on by both parties. It’s a political process – not a trial. Sure the Democrats are on a hunt to stick it to Trump by any means but at the end of the day, the Republicans must also impeach him and that simply isn’t going to happen. A vote to impeach Trump by a republican politician would also put their own job on the line. At this time, Republicans control the house (with 90% approval rating by Republicans) so nothing is going to get by them.

People are also confused about impeachment history. The facts are that no president has ever been impeached successfully. 2 presidents have been through the impeachment process but no President has ever been convicted. Of course, everyone remembers Bill Clinton playing with Monica Lewinsky in the office. He was impeached by the House of Representatives for basically lying about his affair and was charged with perjury and obstruction of justice. Once it was voted on by the Senate, however, he was acquitted. The other President was Andrew Johnson on February 1868. He was accused of violating the Tenure of Office Act. He was acquitted as well, narrowly, with just 1 vote to spare. Those are the only 2 presidents who have faced the impeachment process. Also, if you’re wondering, Richard Nixon was not impeached – he resigned before the process started. The point in all of this is that impeachment is not an easy process and never has been successful.

That is why Trump will not be impeached.