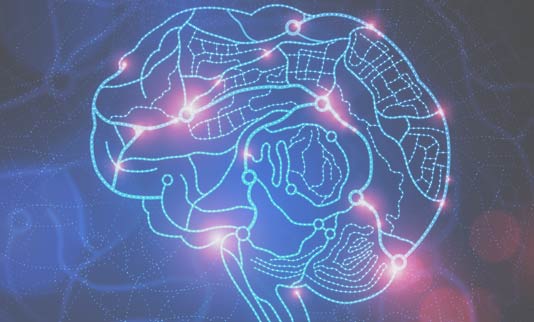 Elon Musk is known for making bold yet educated predictions about the future of the world and space. The real-life Tony Stark has recently been speaking out about the role artificial intelligence will play in the future of mankind. His most recent speaking engagement at the World Government Summit in Dubai proved to be another interesting speech about the role of technology in the near future. The rapt audience was riveted by Musk’s latest thoughts on artificial intelligence and challenges humans will face when AI becomes more commonplace. Musk getting into AI is another example of why he is the The 21st Century Father of Invention.

The World Government Summit in Dubai is a symposium that includes some of the most prominent leaders from both public and private sectors, as well as international thought leaders and pioneers. It is an engaging, inspirational, thought-provoking, and future-focused dialogue that is designed to help guide and shape the future of governments and their citizens. It is a diverse open dialogue that covers a wide variety of topics that focus on the wellbeing on humanity. The ultimate goal is to set an agenda for the future by learning how to harness technology in order to ensure the success of future generations. Elon Musk among others spoke out about the challenges that the world will face if the world doesn’t plan now. Musk strongly supports humanity and future climate changes. Recently, he expressed to the White House that he will be leaving Trump’s advisory board if the US parts with the Paris climate accord.

Musk’s enthralling speech focused on what he believes will be on of the world’s biggest challenges in the next one hundred years. The talk centered on three main components that Musk believes will be the cause of humanity’s greatest threat.

In the beginning of his speech, Musk was asked about the challenges that humans will face in the next 100 years, he told the audience that he believes artificial intelligence will eventually will surpass its reliance on humanity and completely rule our world. This will create what Musk refers to as a dangerous situation for humanity.

During his speech, he touched on the disservice that he believes the scientific community is currently committing by not being careful. He noted, “I think we need to be very careful in how we adopt artificial intelligence and that we make sure that researchers don’t get carried away. Sometimes what will happen is a scientist will get so engrossed in their work that they don’t really realize the ramifications of what they’re doing.”

Musk believes that the rise in AI will cause a rise in automation, which equates to a rise in job displacement. He believes that the industry that will be impacted the most by autonomous technology is the transportation sector. Musk proposes that these large-scale layoffs will occur not in 75 or even 50 years, but he believes that it will happen in the next two decades. He argues that the transportation industry won’t be the only industry to experience these substantial layoffs, there will be a domino effect that will see other areas of the workforce being forced out of work. This is why Musk thinks that the world’s governments should implement a universal basic income to compensate for the lack of jobs. “I don’t think we’re going to have a choice,” he said. “I think it’s going to be necessary. There will be fewer and fewer jobs that a robot cannot do better.”

The loss of jobs is not the only challenge that humanity will face when the machines take over. Most people derive a sense of self from their employment. People define their identities by their jobs or careers. He poses the question of how will humans find meaning in their life without their jobs. He says, “A lot of people derive meaning from their employment. If you’re not needed, what is the meaning? Do you feel useless? That is a much harder problem to deal with. How do we ensure the future is a future that we want, that we still like?”

Elon Musk’s talk at the World Summit was a riveting one that brought some valid concerns to the forefront of the world news. These are ideas and concerns that need to be addressed sooner rather than later. Even if Musk’s timeline isn’t accurate, it is still a very real threat that needs to be addressed. Advancement in technology is moving at an astounding rate and planning ahead and creating programs now will help to stop the collapse of the world economy. Whether or not you agree with Musk, it is hard to deny the fact that the dizzying pace of technological advancement is starting to diminish the need for humans in certain jobs. Musk is creating a call to action for the governments of the world to think and plan for this very uncertain future.

SpaceX and Tesla CEO Elon Musk is backing a new venture called Neuralink. The company is focused on creating devices that can be implanted in the human brain. The eventual purpose of Neuralink is to help humans merge with software and keep pace with advancements in artificial intelligence. Neuralink will pursue “neural lace” brain-interface technology to bridge the gap between AI and humans.

According to The Memo, Neural lace would be a fourth layer on the top of our brains. Human brains have three layers building up from the center, a reptilian brain, a limbic system, and a neocortex. Neural lace would physically attach to our brain matter so our minds can connect directly to the internet.

“I don’t love the idea of being a house cat, but what’s the solution? I think one of the solutions that seems maybe the best is to add an AI layer,” Musk said. “Something I think is going to be quite important—I don’t know of a company that’s working on it seriously—is a neural lace.”

Musk said a neural lace would work “well and symbiotically” with the rest of a human’s body, acting as a merger between biological and digital intelligence.

Neuralink will build a brain-computer interface or “neural lace” that will eventually upload thought to the internet. Before this happens, the technology be focused on helping those with epilepsy, Parkinson’s and depression, and restore function to people with stroke and brain injury.

Neuralink may sound far-fetched and futuristic, but Musk’s pattern of building new companies based on uncharted territory follows a familiar pattern. Use SpaceX and Tesla as examples. Both used the same model, starting with near-term products that weren’t nearly as ambitious as later efforts to lead to grand designs, like landing on Mars or affordable, mass-produced electric cars. While these efforts are still in the works, Musk has taken them further than anyone before him.

Neuralink is registered as a “medical research” company in California last summer, with Jared Birchall listed at the president, CEO, and CFO of the company.

Read about the Elon Musk’s launch of Neuralink. (BusinessInsider.com)

Learn more about how it all started with Elon Musk (FundersandFounders.com)