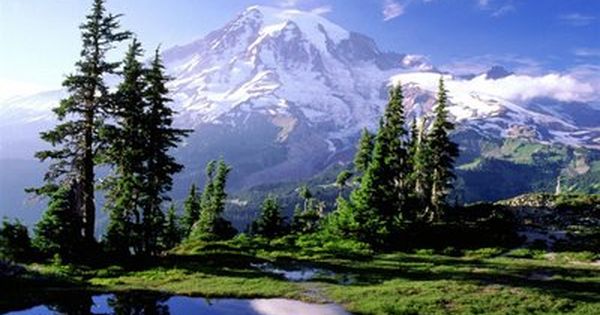 (SEATTLE, WA – 5/24/17) Preservation with a Purpose is the Big Winner at Recent Auction
$104,000 raised for historic structures in Washington’s national parks

Washington’s National Park Fund (WNPF) recently held its annual Spring Dinner &
Auction, and raised a record-breaking $300,000 for Mount Rainier, North Cascades and
Olympic National Parks. With the theme ‘Preservation with a Purpose,’ the event’s
Fund-A-Need raised $104,000 for historic structures within the parks. The projects
include:

North Cascades National Park — Buckner Historic House: Located in North Cascades
National Park’s remote Stehekin Valley, the Historic Buckner House (built between
1914 and 1925) lies within the Buckner Homestead Historic District. The district is
listed on the National Register of Historic Places as an outstanding example of
early settlement and pioneer farming. A prime visitor attraction, the historic
district is managed by the North Cascades National Park as an interpretive site.
Over its 100-year history the stone and log foundation has dramatically and unevenly
settled. By 2014 the back portion of the house was 12 inches lower than the front.
In 2014-2015, the park’s Preservation Crew successfully lifted the house into level
alignment and retrofitted a reinforced concrete foundation. This new foundation was
specifically designed to allow for placement of log and stone masonry fascia on the
exterior where visible to retain its historic character. Using the original
materials, this project will recreate the stone masonry and log foundation along the
three exposed foundation walls, thus preserving the historic character of the
residence.

Olympic National Park — Dodger Point Lookout: The trail to Olympic National Park’s
Dodger Point Lookout begins in the Elwha Valley and follows the Long Ridge Trail
5,000 vertical feet over 13 miles, ending at the Dodger Point Lookout. Constructed
by the US Forest Service Civilian Conservation Corps in 1933, it predates the
creation of the park in 1938. It is the last remaining fire lookout on the Olympic
Peninsula and has all the fire-finding equipment intact within the building. It was
also used as an Aircraft Warning Service station, and was placed on the National
Register of Historic Places in 2007. Due to the park’s wilderness designation, work
must be completed with minimal tools which are brought onto the site by stock only
— no helicopters.

Mount Rainier National Park — Ipsut Creek Cabin: The Ipsut Patrol Cabin was built
by the National Park Service in 1933 to serve staff and visitors at the Ipsut Creek
Campground. Major flooding in 2006 undercut the structure and it was moved and
rebuilt nearby, but not finished. Located near the Carbon River entrance, this
Preservation with a Purpose project will complete the restoration of the historic
cabin, making it operational. Rangers will once again be able to occupy the cabin
while traversing Mount Rainier National Park’s backcountry, aiding visitors in need,
and providing trail maps and directional assistance to those visiting the area.

As our nation’s national parks face a $12 billion deferred maintenance backlog,
friends’ groups like WNPF are critical in meeting the needs of our nation’s special
places.

To the Parks!
Kelly

PS: Have you heard about our Spring Fireside Circles in the parks? Check them
out: https://wnpf.org/fireside-circles – registration is open now!