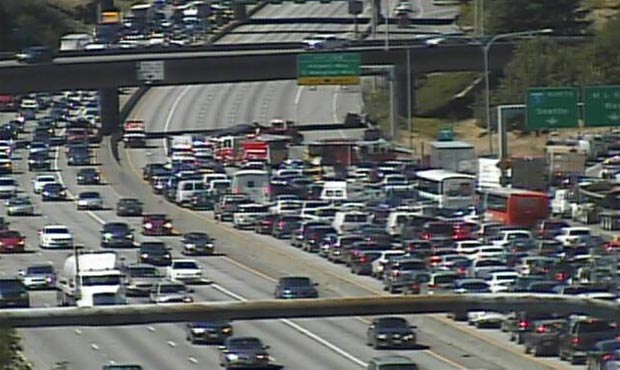 There is not a person on the planet that doesn’t despise having to sit in gridlock traffic. After a long day, heading home and having to sit in traffic is one of the biggest pet peeves for almost everyone who drives a car. A majority of larger cities are growing at an exponential rate and do not have the roadway infrastructure to handle the amount of cars that come along with that type of influx. Even sometimes with construction, roadways and freeways still are unable to deal with the congestion. Cities on the west coast like Seattle, Portland, and Los Angeles have tried yet failed at trying to ease the amount of traffic that commuters experience on a daily basis. Even with the addition of commuter systems like trains, buses and ride shares, there is still an alarming amount of gridlock that is a daily frustration for people commuting in and out of a city. While it maybe boring, Elon Musk moves forward with a solution to help eliminate traffic congestion with The Boring Company.

Traffic frustrations don’t just affect the average Joe, even tech billionaires get upset with the amount of time wasted sitting in gridlock. Last December, Elon Musk was sitting a an epic traffic jam when he tweeted out “Traffic is driving me nuts. Am going to build a tunnel boring machine and just start digging…” He then followed up with another tweet that said, “It shall be called ‘The Boring Company,’?” he wrote. “Boring, it’s what we do.” In case anyone doubted his claim he followed up with a tweet that said, “I am actually going to do this.” Even with this last tweet, people were still hesitant to believe that Musk was even considering such an outrageous venture.

However, for those people who doubted Musk, they should know better by now. The man, now considered one of the most inventive entrepreneurs of this century, has been doubted before and has consistently proven those doubters wrong. His current venture SpaceX received a lot criticism in its infancy and now the company has successfully launched and landed rockets designed in-house by SpaceX. He has also been known to made some pretty outlandish statements to the press in the past so the statement about the Boring Company was another one that the media assumed was designed to troll them. This time Musk was not joking.

Within days of the tweet about the Boring Company, Musk acquired the domain www.boringcompany.com. Even though there is no information on the site yet, Musk has appointed a leader for the project. Steve Davis was personally picked by Musk due to his excellent work on the first SpaceX rocket guidance system. Davis was a senior engineer at SpaceX who was up for the challenge that Musk presented him. There was not a very detailed plan for this tunnel endeavor but it included digging tunnels that could not only accommodate cars but high-speed trains as well. Musk is approaching this his usual way; he was going to wing it. It’s an approach that has worked for Musk in the past so he has no reason to not trust his instincts on his latest project.

Once the domain was purchased and a project leader was assigned, Musk decided it was time to start digging. Most normal companies would have a difficult time securing the type of heavy-duty equipment needed to perform such a monumental task. But as mentioned above, Musk is no ordinary man nor are the companies he runs. Due to the fact that Musk currently is running two very large industrial companies, he was able to secure the proper heavy-duty equipment to create tunnels large enough to accommodate his vision. Then he was able to start digging.

One would never guess that the large pile of dirt sitting next to a pit near the SpaceX Campus is the beginning of Musk’s dream to create the tunnel system that he envisioned when he first thought up of the idea. This last January, the Boring Company’s excavation crew was able to break ground on the beginning of Musk’s tunnel system. Legally it made the most sense to begin the dig at the SpaceX headquarters. The pit is just the beginning of Musk’s tunnel project. He plans on taking the pit and making it wider so it can accommodate a tunnel boring machine. Once the hole is wide enough, the machine can fit down through the pit and begin to grind through the earth horizontally to create a tunnel system that is wide enough to accommodate cars. He ultimately plans on building at least 30 levels of tunnels in the hopes to create a three dimensional concept of an immense and sophisticated travel system. There is no proposed destination yet for the end of the tunnel and Musk is mum on the subject.

Another aspect to this project is the fact that Musk also wants to create a better and faster tunnel boring machine. Tunnel boring and building technology has stayed pretty much the same for the last 50 years. There has been very little progress in updating the machines and the time it takes to bore through the earth. The speed at which most of these machines chew through the earth is shockingly slow. Most of these tunnel boring projects take years to complete. Musk is looking to cut that time in half in order to complete tunnel faster than ever before. The Boring Company will make a significant investment in creating tunnel boring machines that are unlike any other heavy-duty earth-moving machine that exists.

The company has yet to employ any full time employees and the business model is not entirely clear. There is speculation that government contracts will be involved based on the Musk’s relationship with the White House. Even though the Boring Company has a long way to go, Musk is determined to make this project a reality.