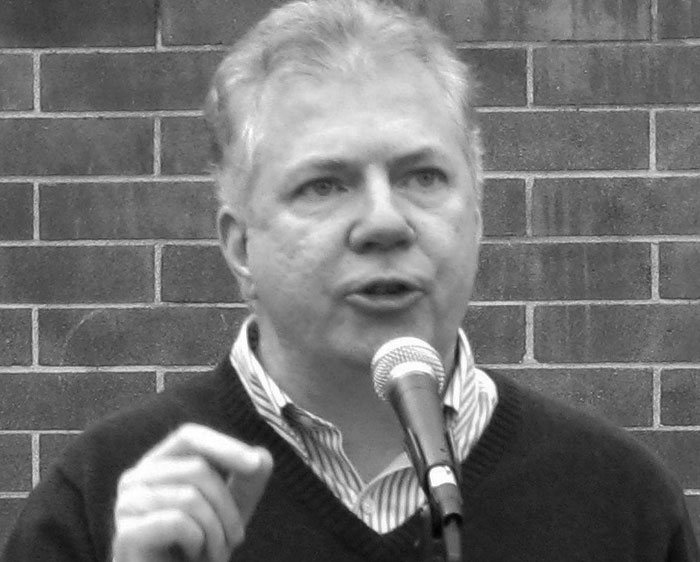 I have tried to steer away from writing about religion or homosexuality in my previous writing’s. I believe each person has a right to believe how they want. But all of a sudden I am forced to mix the two because of our openly gay Mayor Ed Murray really slid off the tracks coming with the idea that Muslims can use Sharia law in Seattle while the rest of us must follow the rules and regulations America has in place. I will get the subject of gays right off the table to start. This has nothing to do with MY view on gays or gay marriage in this article, but how can an openly gay Mayor even feel safe talking to these so called peaceful Muslims who are taught to hate him. They are taught that they should kill anyone who does not accept Islam. Islam says homosexuals must be executed. They throw gays off buildings. These guys he is pandering too would not hesitate to blow themselves and him up if they decide they can’t control him.

NOW: The point of this article is about the Mayor even considering letting the Muslims use any part of Sharia for contracts or anything else. Let them go worship how they want, who they want, spread out their rug and pray, no problem. To think the mayor would even listen to a Muslim tell him he is against paying interest. My story really spreads now. I think everyone hates to pay interest, and look at the foreclosures because people paid interest for years and never got the principle down at all and lost their homes when the prices fell. They could not even sell them. Now, the Muslims say they want to buy homes but don’t want to pay any interest. It’s against their belief. Well I say go home where your Sharia law is in place. We are under American law here. Even Muslims with high paying jobs want interest free homes. Well why don’t you get all of Seattle together and say, “lets have a showing of hands of how many would like to buy a house, interest free”. Geez shoulders would be jerked out of place hands would go up. This is beyond crazy. You cannot give a special break to a Muslim because it’s against his or her faith. I can completely understand how he/she doesn’t believe in paying interest. Then the thing to do is rent until you save enough to pay cash.

I want to add in a personal note here. My Fathers parents were from Bohemia. My Father and Mother were both born in America but my Dad really drummed in into all of us kids. Never, never buy something that you can’t pay cash for. That was over 90 years ago. The only credit card I have ever had was an Arco gas card. My husband and I saved and saved while we were renting and bought a little fixer upper FOR CASH. Paid $2500 for it. We owned that little house at 306 Lucille street. We fixed it up really nice after work and traded up and got this old fixer up (I wont put my address here) in Georgetown with a little cash added. I am still living here, I have never paid interest or a house payment in my lifetime. So if I can do it the Muslims can do it. I have never gone into a furniture store and bought a thing on credit. I had to charge something at Sears one time in order to have them deliver it or something, but paid it right off.

My Father always said if someone holds a mortgage or note you can lose what you have anytime. I never forgot it. Of course we never had anything that others might call nice and I got most everything I have at “junk stores” and half price sales. Let the Muslims do what I did. I am living proof you can own a house and not pay interest. BUT YOU SHOULD NOT DO WHAT THE MAYOR IS CONSIDERING. I hope there is such an outcry of working whites with high mortgages the Mayor will get the message. He can’t even think it’s fair, or legal but wants to pander to the Muslims and maybe get a few extra votes. Does Sharia law let them vote. If they are going by their Muslim religion about interest I do not believe it allows woman to vote. So mayor Murray look into that. You can’t pick and choose what part of the law you will let them use and my advice would be not to go on any roof parties with your partner and a bunch of Muslims and make them mad, because according to their religion they can just toss you over, no problem. Do you agree that part of their faith is good, or just give them an interest free mortgage.

Back to 90 years ago. My Father homesteaded. Started with a log cabin and did a lot of add-on’s. No mortgage payments. He made most of our furniture and our mattresses were filled with fresh clean straw every fall after the grain was thrashed and taken to town to be made into flour. There was 12 of us little kids and we little girls got to pick out the flower sack they would put the flour in and Mama would make our dresses with that. ( I will write an article next week on how we managed during the depression) Electricity finally came through but Dad could not afford to hook up and was afraid to sign up for anything. So all my years at home were without running water inside, no electricity, no phone and we cooked and heated with wood, from our own forest. Now Dad religiously preached to us about hard work, never go in debt, and I have followed it to this day. Worked from the time I was 13 until I was 70. But I see now he was against paying Utility Bills. I didn’t catch on that it was like a religion with him and I went astray. I have been paying for lights, water, gas, and garbage pick up for 70 years at this same address. The price goes up every year. Since I know now it is against MY religion I want to start a little church with its own laws. I am going to call it the Bohemian Fairness Church. One thing it’s against is having to pay any utilities. The City owes us water to drink, lights to light our home and I would be willing to heat with wood but they keep having burn bans so had to put in natural gas. I want to form a group who are also against paying Utilities. If Muslims can write their law we Americans can sure as heck make our law that it’s against “our religion to pay utilities”. We wont cause the Mayor any harm. He can be gay and I want him to know that his other really really stupid rule of transgender toilets was in place in my days. Yes Mr/Mrs/Ms whatever Mayor we had a transgender bathroom. It was a free standing wood building. It was made of wood and had a cute crescent moon over the door. There was so many of us (6 girls and 6 boys) no way could we go one at a time so it had 4 nice holes cut in a bench over a pit. 4 of us girls could potty at the same time. Then the boys. NEVER did we go in the same time. But it still was for both boys and girls. Mayor should be proud of me for that.

I hope there is a huge out cry against the Mayor pandering to the Muslims. They either follow every one of our laws, rules and regulations like the rest of us do or they get deported. We don’t follow their religion and I don’t even want to hear about it. I hope this article gets some attention and they contact the Mayor as to what they think of the Sharia law that they can buy a house here and not pay any interest. We don’t (or shouldn’t) change our way of life. Just like I will always put out a Nativity set. If it bothers them I say is look the other way or go the hell home. You came here, we didn’t drag you here. You are free to leave, the sooner the better.