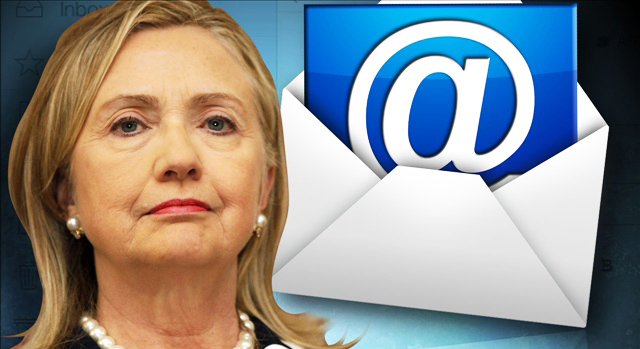 This article is not about democrats or republicans. It’s about who has to obey laws and who doesn’t. No country can operate where the laws are not enforced evenly.

For example: If you did not declare some deal on your income tax (or if the IRS dreamed it up) they can swoop in with a warrant and seize everything you have. they can ruin you completely before you have a chance to prove you are completely innocent. They can take your files, phones, computers etc. This includes your personal Emails. Your Emails like Hillary’s might have your daughters wedding, yoga lessons or plain old juicy gossip but the IRS gets it all to sort through to look for your missing income. You can wind up in jail if you resist. All Hillary has to do is say she maybe should have done things different. She gets to choose what to turn over and with all her past lies I don’t think even her friends believe much of what she says. She put the entire country at danger. She conducted top secret business on her homebrew computer. She has to have had Emails about Benghazi and Syria on there but there are months of missing Emails.  For any ordinary person they would be sitting in jail refreshing their memory of where the heck the lost Emails are.  The Justice Department should have swooped in immediately and seized everything, but who heads the Justice Department? Another liar and crook who has a contempt charge against him. He could rush to Ferguson and help instigate all the turmoil with his pip squeak buddy Sharpton. Starting the lie about “hands up don’t shoot” They incited the riots but they just don’t talk about that part. Hillary can’t be turned loose free as a bird after what she did. For her to stand with a straight face and say her computer was safe because she had secret service outside her home at all times. That might stop someone from going in TAKING YOUR COMPUTER, but it sure would not stop a foreign country from hacking into it. It doesn’t sound like these days the Secret Service protecting even the president are responsible. They sure like to drink and find prostitutes to have fun with, or drive thru barricades at the white house that could have set off a bomb while drunk as skunks.

Congress has to protect us from the Justice Department and even our own President. He is selling us down the river.

Our State Auditor, Troy Kelley had his home searched, Justice Department swooped in and took lots of his stuff while he is out of state someplace on vacation. I have no idea what he did wrong or if he did wrong, but FOR SURE whatever the problem it was not anything like Hillary has done. No one has issued a warrant to search HER home. They say they can’t for some reason. She used her personal homebrew computer to conduct the highest of the highest business. What could Troy Kelley or even his employee have done that would endanger our whole country? They may have squandered a lot of taxpayer money. I don’t know a thing about Troy Kelley, but the Justice Department was sure interested in what he did or did not do. Has he taken a lot of bribes from Foreign countries like Hillary has? I am using him as a comparison as how laws can be used again State Officials who are no threat to our country, but can’t be used against Hillary.

The above is what my article is really about, but will add a little information that proves it is a hard to believe anything Hillary says. The State Department is a supposed to be a non partisan office. She was the fourth in line of importance in protecting our country. Now she just wants to forget about what she did or didn’t do and concentrate on running for president. This opens up another can of worms. Her whole agenda is going to be on Woman’s Rights. Of all the woman I have ever heard of her view on Woman’s Rights are right in the toilet. Look at how she has let her own husband completely disrespect her and their daughter. Put them to the worst possible shame while she stood right by him and blamed “the Right Wing Conspiracy”. Poor Slick Willy used the defense that he didn’t know what the word SEX or IS meant. Now it has came to light that the Clinton Foundation has taken in tens of millions in donations from countries like Saudi Araibi, United Arab Emiratis and others that are oppressive to woman. Girls are forced to marry at 9, woman have zero rights, can’t drive, or walk anyplace alone or get an education. They got donations from those countries while she was Secretary of State. Where are the Emails about those transactions? When you are fourth from the top dog in the country taking tens of millions from foreign countries have to be explained. Those countries bought silence of some kind. They did not donate to HELP WOMAN’S RIGHTS. Then of all things the web of lies entrapped Slick Willy. When he could take time to get away from raking in funds for his Foundation he took several trips with a convicted pedophile to an exclusive island where they had young sex slaves. The logs shows this happened, no one can dispute it. I think this guy has donated to his foundation, not completely sure. Why did he take trips there? Hillary doesn’t care it seems so the lies they have told are catching up. For instance, Hillary said they set up the homebrew computer for her and her husband. Well Slick Willie made a lie out of that. He says he sent two Emails in his life and neither were to Hilly. (lol)  Maybe they were to Monica or the pedophile making arrangements for a trip to a sex island to rest up from his fundraising. (lol)  Now the web stretched out a bit further and poor Hillary was not supposed to EVER TELL WHO THE DONERS WERE.  Hope she has to give it all back because she breached that promise but that should not clear her anymore. What if I robbed a bank and was caught on the sidewalk with my loot, and just took it back in and said, gee sorry about that?

This is just to get you to thinking about how the little guy can be ruined but if you are a top dog working for “We The People” you can lie, cheat, steal and/or endanger out whole country, and not a thing can be done.