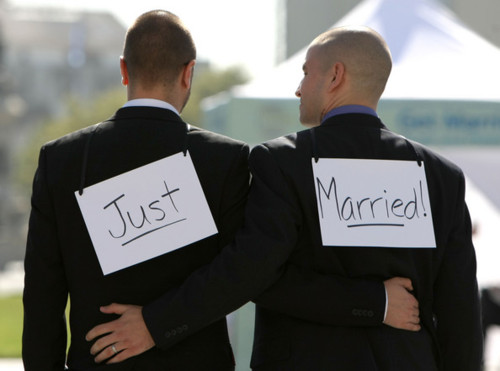 What I find most interesting about Hillary Clinton and her video release of supporting gay marriage is how long it took her.  My gosh Hillary Clinton was the first lady back in 1994.  So what the hell took so long to make the statement?  The reality is Hillary Clinton is just another political player playing the game.  It’s an announcement to align herself with the other possible democratic nominees. Like I said, it was totally a strategic move in my opinion. It’s all about numbers (poll numbers) and populations really.  It’s about the numbers of people who would support her based on her announcement and also equally aligning her self with everyone else competing which will all support the issue (making it an equal playing ground).  Can’t argue about her view if everyone competiting shares the same view right? After evaluating the numbers (since 1994) she is proud to support gay marriage – well go job Hillary!  I hope this is not a sign of how long things will get done in the White House when you’re President.

After after all the lies and cover ups and the downfall of a four star General,