Yee haw, git along little doggie, we’re headin’ for a Guinea Pig roundup. This is not going to be cheap either. It seems cities have contracted Animal Services of King County to save money. Instead of each city doing their own its all done from one central service. Sounds like a good idea but evidently the fees were not negotiated when the contracts were signed or there were some really STUPID  people doing the negotiating. The bills are coming to the cities now and with the bills are some details of the dangerous animals they have had to contend with. (tongue in cheek) here. The city of Kirkland found out that it cost them $2,496 to have two guinea pigs captured and put in the Kent Shelter. They also, found that it cost them $1,248 to have a bunny captured and housed.  Not sure what the daily board bill will be if any. But the numbers stated above do not include the $379 fee each time an animal control officer had to respond to each of those calls. When you talk about tightening the belt and saving money then you read this kind of stuff.

I didn’t know Animal Control would even “capture” a guinea pig. My goodness they are the size of your hand. Even if one bit you it would not amount to much (I have had several for pets through the years). If I remember right they can’t even hop and their little legs are about an inch long. A gold fish net would do it. Even holding out a carrot would probably entice it to you. Now for the rouge bunny. He could be a little more elusive but with all the pit bulls loose, raccoons all over the place(animal control won’t touch) surely Peter Cottontail would not be that hard of a job to round up.

Anytime you have a service that has a monopoly you will not get a good deal. They make it sound good but with no competition they can charge anything they happen to feel like it. Cities say they are broke but I bet for $100 they could have a bunch of little boy scouts rounding up lost guinea pigs or bunnies. You call the animal control people officers and all sorts of titles that sound like they are experts in their field but if this doesn’t shoot that down nothing will. How they have the guts to even admit to charging such a thing is almost unbelievable. I think people with pet guinea pigs or bunnies should be sure to keep them in. Animal control officers could make a fortune plucking them out of your yard and charging this kings ransom to get them back. A real money maker. 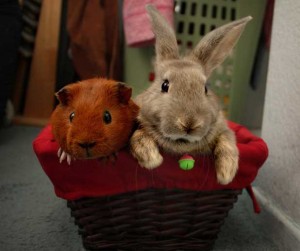