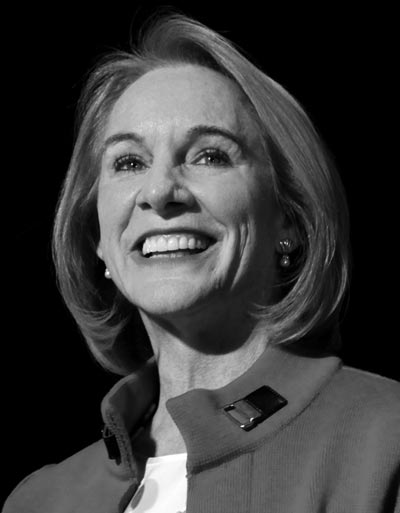 The City of Seattle looks forward with Mayor Jenny Durkan’s announcement of her 2019 and 2020 budget proposal. Being Durkan’s first budget proposal, she excitedly began with, “Good afternoon. It is an honor to be with you today as I present my first budget as mayor of Seattle. I know the Mayor is usually at City Hall to deliver her budget speech. And yes: After 100 years, that’s what I said, ‘Her budget speech.’”

This monumental moment for Durkan was followed by the city’s plans and budget for the coming years.

A proposed allotment of money has been set aside for the employment of 40 new police officers, 120 firefighters, and 24 new call center employees for Seattle Public Utilities and Seattle City Light, according to The Seattle Times. The city’s transportation services will be greatly benefited from Durkan’s proposed budget. $2.5 million is granted toward Sound Transit with the planning of a new light rail station. King County Metro will be asked to add more bus services around Seattle as well. Additionally, new bus and bike lanes will be added in the city under the new budget.

Durkan is working for taxpayers to vote “yes” on the school levy this November in attempts to fund preschool, K-12, and community college schools in Seattle. An allotment of $2.6 billion is going toward Seattle utilities — this includes garbage, recycling, clean water, and power.

Durkan’s most prevalent headlining budget is her proposal toward managing homelessness in the city. A proposed budget of $89.5 million was made toward the funding of programs, resources, and departments aiding the homelessness epidemic. In the first half of her inaugural year as mayor, Durkan’s efforts resulted in two times the re-homing of homeless individuals than the year prior. More than 500 beds were added to Seattle homeless shelters during her first year. The mayor’s budget proposal took what was once temporary spending money toward the homelessness and made it permanent. Durkan’s Biennial Budget Proposal has laid out the city’s plan to implement 2,300 more emergency shelter beds, 70% of these beds being 24/7 enhanced shelter beds. Continued investment into the Seattle Rental Housing Assistant Pilot program and Seattle’s Tiny Home Village are to happen thanks to Durkan. The homelessness crisis has resulted in abundant amounts of trash and garbage in the city, especially in encampment areas. Durkan’s budget supports 4 cleanup programs to help resolve this issue. The Homelessness and Housing Investments budget sheet states, “including…removing trash from unmanaged encampments, cleaning trash in the public right-of-way, providing litter bags to unmanaged encampments and collecting syringes from public places and disposal boxes throughout Seattle.” Since the beginning of these programs a count of 111,000 syringe needles have been picked up.

Mayor Jenny Durkan’s leading-edge budget proposal leads the way to a productive and innovative upcoming few years for the City of Seattle.