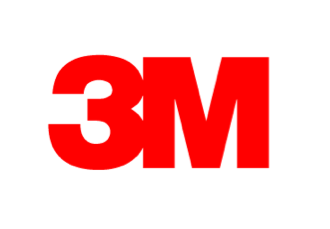 It was revealed last week that in the latest news about the lawsuits that the Minnesota jurors sided with the owner of the Bair Hugger, 3M. The two-week trial has significant implications for the future of the pending 4,400 Bair Hugger lawsuits. As of May 15th, of this year there are approximately 4,467 lawsuits that blame the Bair Hugger for surgical infections but the current case, the Gareis Case, shows that these lawsuits might not have a leg to stand on. The truth about why these lawsuits are doomed to fail is because in because the claims that are being made about the device are not valid.

The Bair Hugger forced-air warming system has a long history. For decades there were no complaints about the system and doctors and their patients were happy with the Bair Hugger’s performance in the operating room. It became a significant part of an operation and had been reported to have been used in over 200 million surgeries since its inception in the 1980’s. There was never a question about its safety or its effectiveness until one man began to question its safety. However, there is more to his story than meets the eye. One individual started a misinformation campaign that ultimately led to these lawsuits.

To understand what led to the lawsuits, it is essential to go back through the history of the Bair Hugger. The forced air warming system was invented in the 1980’s by an anesthesiologist named Dr. Scott Augustine. He was the first to come up with the idea that patients should be warmed during surgery to help prevent a host of life-threatening issues. Studies conducted in the 1980’s showed that keeping a patient warm during surgery helped to promote faster recovery times and less bleeding during surgery. Based on these studies. Dr. Augustine created the Bair Hugger, and it soon became an integral part of the surgical process.

The device itself is one of the most effective yet simplistic pieces of surgical equipment available. There are three main parts to the system, the warming blanket, the hose and the warming unit. These three pieces fit together to create a forced air warming system that is used in hospitals across the nation. The Bair Hugger blanket is a unique design that is made up of a soft, sterile non-woven material that has channels that circulates air gently through the blanket. The blanket is connected to the warming unit via the hose and then laid gently on top of the patient’s body. A comfortable temperature is set on the warming unit, and then warm air is gently distributed through the blanket. The warm air circulates through the blanket, and the patient’s body temperature is kept at a healthy level.

There have numerous studies that have been conducted on the benefits of warming the body during surgery. Studies have shown that during the first 60 minutes of anesthesia, the body’s temperature will drop. Some patients can regulate their temperature, but some not are able to. For some patients, the consequence can be unintended hypothermia. Hypothermia is dangerous to patients for a multitude of reasons. Hypothermia, however, is entirely preventable during the surgical process and patient warming is the answer. Numerous studies found that when a forced air warming system is used during surgery the patients often have a shorter recovery time post-surgery, decreased ICU time, reduced rate of wound infection, and lower mortality rates.

Augustine made a significant amount of money off his invention. The Bair Hugger changed how hospitals conducted surgeries. The Bair Hugger soon was used in hospitals all over the nation, and Dr. Augustine gained a lot of money and attention for his invention. He had no issues with his beloved invention until decades later. He only started to make claims against the Bair Hugger when he had a financial stake in a competing product. Coincidently, Augustine started an aggressive smear campaign when his new product was ready to go to market.

To understand how the lawsuits began, one must look back at Dr. Augustine’s history with his original company. Dr. Augustine had a falling out with his old company that started a feud that eventually dragged the Bair Hugger through the mud. The Bair Hugger was originally owned by Augustine Medical, which later became Arizant Inc. Augustine was the Chairman and Chief Executive of the company when he had a dispute with other board members. Not much is known about the dispute except that Augustine and the company soon parted ways but not without a fight from Augustine.

There was a Medicare fraud investigation, and in 2004, Augustine pled guilty to a single misdemeanor charge and paid $2 million fine. He was barred for five years for participating in federal health care programs. He sued Arizant Inc. saying that it owed him money under an indemnification agreement. He was asking for the 2 million dollar fine plus millions more in salary. The company and Augustine settled, and he got his money, but the grudge never died. 3M Inc. later acquired Arizant and Augustine started another business. Not one to reinvent the wheel, Augustine created almost the exact same product as the Bair Hugger. Because he now saw the Bair Hugger as his competition, he began to spread claims that the Bair Hugger caused surgical site wound infections.

Specialists in the field of patient warming were baffled by Augustine’s claims that the Bair Hugger was responsible for spreading bacteria to the body during surgery. Augustine couldn’t provide any evidence for these claims and independent studies conducted also concluded that there was no evidence. The only studies that stated that there are potential issues are the studies that were commissioned or underwritten by Augustine. He has spoken out against the device at medical meetings and has videos on his new website that highly suggest that the Bair Hugger brings airborne contaminants in contact with patients.

These claims started to make their way to the medical community, and they whipped up a frenzy of activity. Attorneys began to advertise looking for people who may have suffered complications from surgery. People who have suffered from post-surgical complications assumed that their issues stem the use of the Bair Hugger. There was an influx of lawsuits filed against 3M that surprised the medical community since the evidence to back up the claims seemed scant at best, but people can file lawsuits for any reason, so the lawsuits went forward. The media picked up the story and soon the news spread.

There is always risk associated with surgery; it comes with the territory. To blame a complication on the Bair Hugger warming system based on unreliable and biased data is unjust. The information is leaking from a disgruntled investor who is trying to smear a company name. Unfortunately, court records showed 4,467 lawsuits blaming Bair Huggers for infections. The cases are part of multidistrict litigation (MDL) in Minnesota. MDLs allow courts to combine several, similar lawsuits which save time and resources. The Gareis case was the first bellwether trial in the MDL. Bellwethers are test cases. They represent a sample of all the lawsuits in the MDL. The outcome of bellwether trials can help gauge arguments on both sides. This can sometimes cause people to drop their lawsuits. But they can also help shape settlements. The judge in the Bair Hugger MDL ordered a second bellwether ready for trial by December 2018.

3M stands behinds the Bair Hugger warming system and denies that Bair Hugger spread infections. The company says more than 200 million surgeries have relied on Bair Huggers since 1987. Surgery is a complicated process, and unintended hypothermia adds one more factor to the equation. Unintended hyperthermia is a common but preventable aspect of surgery and occurs in 50% of all surgical patients. Even mild hypothermia can cause a post-surgical crisis. Patient temperature management often is a secondary thought instead of a required standard. It is also a significant financial benefit of reducing hypothermia rates in surgical patients. Studies have demonstrated that maintaining normothermia can result in savings of $2,500 to $7,000 per patient by eliminating the costs of hypothermia-related complications, including surgical site infections.

The 3M Bair Hugger Patient Warming System is safe to use in orthopedic and other procedures. The FDA cleared this technology to treat and prevent hypothermia more than 25 years ago. Patient care has become increasingly monitored over the years, and patients are more and more critical about the treatment they receive. It’s not surprising that doctors and healthcare providers continue to use Bair hugger even with these bogus claims being made. Regulating patient body temperature in the life of a surgical process is of utmost importance, and this is what Bair Hugger technology allows healthcare providers to oversee and monitor for the best patient outcome.

Regarding the Bair Hugger lawsuits, it’s understandable that patients are seeking answers to why post-surgical complications arise. And often various factors influence how a patient recovers from surgery. However, looking at the circumstances surrounding the history of how Bair Hugger got the reputation it did, these claims are rooted in greed and revenge and promoted by the original creator of the warming system. The post-surgical complications are not due to an actual problem with the warming systems that have helped millions of patients. This first bellwether Trial set the tone for the future of the Bair Hugger cases. The road ahead is long for both patients and 3m Bair Hugger. With any case, it is important to understand the full context of how information comes to surface and why. In the Bair Hugger Lawsuits, it’s critical to see that this is a smear driven by bad business dealings.