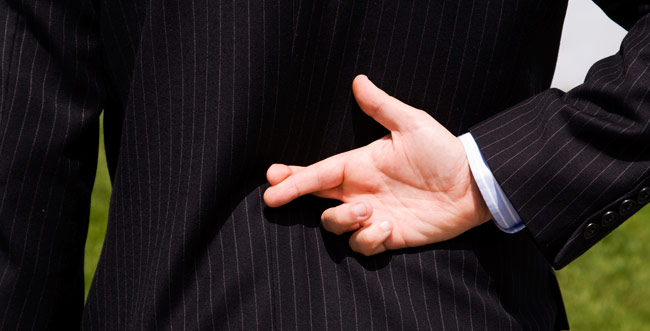 One thing is true – you can’t fix stupid.  Its been proven over and over again that American is one of the dumbest countries around and this includes its people.  From education, spending, healthcare, and voting to name a few – we are simply the dumbest in the land.  This shouldn’t come as a surprise to you.  There have been many International tests that have proven this. I see them driving and I see them in Walmart. Stupid is everywhere and we can’t avoid it.

What really gets me is just how ignorant people are about the political process.  They believe our leaders are here to really help us but in reality their agenda always comes first.  They will all lie like dogs to protect their leadership perception and of course none of them makes a mistake.  Fingers are always pointed in the other direction when it comes to mistakes or the truth is twisted to make it sound better.

It’s interesting to me how gullible people are when it comes to their news and media.  They are so convinced their news channel is not bending the truth.  It doesn’t matter if you watch Fox News, CNN, or MSNBC, they all bend the truth to get their agendas out.  They also favor sides (Republicans vs. Democrats).  The truth is they all these channels are controlled by their respected political parties.  How often do you hear them talk about the Libertarians Presidential candidate?  You know there are more parties than just the Republicans and the Democrats right?  Over the years, we’ve been molded to just believe in two parties and you should support one side or the other depending on what channel you watch.  However, if you talk to a Fox News viewer or a CNN viewer they both believe their channel is less evil and “more truthful”.

Slavery:
There is no doubt the African American votes go to Obama and Hilary.  This question is why?  I’ve talked to many blacks and they are passionate about Obama.  They love him and will vote for the democrats (including Hilary) with their last dying breath.  There is no re-considering or logically analysis for their decision to support the democrats.  Even if I said the democrats block every attempt to abolish slavery – they would still vote for them.  “Well that was a long time ago”, I’ve heard which is the most pathetic answer.  Grudges are held against a white man like me but not against the party that voted against abolishing slavery every step of the way.  Hate to tell you but Republicans ended slavery folks.

19th Amendment: A Women’s Right to Vote
We all know Hilary has the women’s vote.  She (and the democrats) have played that card very well.  The perception of republicans being against women’s right has been molded for many years.  There is a whole strategy in fact to dupe a lot of disenchanted voters into the democratic heard to support them.  You may have heard about the “War on Women” talk that’s been planted against the Republicans the Democrats are doing a fantastic job of winning that war.  That fact is simple – in 1878 a California Republican who goes by the name A.A. Sargent introduced the 19th Amendment only to see it voted down by a Democrats.  Just like slavery and women’s rights, Republicans pushed these laws forward against the constant push back from Democrats.  Over the years, the Democrats have wised up and realized they really need these people’s vote so now they are on the other side of the fence.

To make a change you must vote:
Americans actually believe our presidential process is fair. I believe more and more people are wising up to this process. It was much more obvious this time around, however. Bernie lost before he even started. News and documents were published about how the Democratic bigwig leaders developed strategies behind the scene to oust him and they did just that. Hilary locked up the super delegates before Bernie even realized what they were. Trump was saying that all along about the process and probably one of the reasons Trump is falling under the Republican umbrella. Lets look here in Washington State. Bernie Sanders won this states Democratic caucuses by a landslide. It was devastating to Hilary. Bernie preached a lot about taking Wall Street back from the billionaire class. The final results were 72.7% in Bernie’s favor over Hilary. Bernie won every county in Washington State. It was a slandering over Hilary and “the people” spoke their minds at the polls. People wanted a real change. Unfortunately, our political leadership sided against Bernie and “the people”. The truth is Hilary had the super delegates in her pocket so it didn’t even matter. It turns out some of our leadership is corrupt and continue to side against what “the people” really wanted. Gov. Jay Inslee turned against the people and pushed for Hilary after the people side with Bernie. In addition, there is U.S. Sens. Maria Cantwell and Patty Murray, and all six Democrats in the state’s U.S. House delegation will turn their backs on the people and vote for Hilary. Right after hearing Bernie won this state, these super delegates were standing by their position for Hilary winning the presidency. The process is corrupt and so is our Washington State leadership. The fact that they are not supporting the views and votes of the people clearly shows this as being a fact. Bernie was done before he started.

Bernie turns his backs on his supporters:
Bernie gained a lot of traction and supporters during his campaign. A lot of people wanted to support the democrats but wanted a candidate who appeared to be more truthful and real. With Obama and Hilary, they come across very political in the way they speak and over the years its become a turnoff. We have the Benghazi incident and many feel “hope” wasn’t really delivered as promised. Bernie offered a different perspective and sided more with the public. It turns out, however, Bernie wasn’t exactly honest and after he dropped out (Hilary wins) he immediately endorses Hilary and starts campaigning for her. It was odd how that turned around so quickly. It’s still a mystery how someone who is “for the people” quickly supports his main rival. It’s common for deals to happen after a candidate drops out. It’s common for the other side to support the loser financially (it’s expensive to run) while getting his support in return. That is what I suspect happened but honestly we will never know. One thing I do know is that it was extremely shady behavior.

Some items to think about as we move closer to the election.

Washington State Department of Veterans Affairs Director and retired U.S. Army Command
The school year was supposed to start Sept 7th, however, the strike
Seattle intends to compel landlords to disclose their rent rates in order
Moving to a new city is challenging, especially if you don’t know
We have a new president-elect and his name is Joe Biden. It
Go to Top