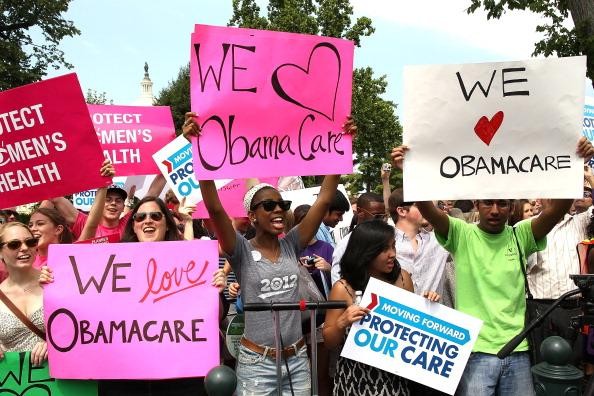 Better start saving those penny rolls because the required Affordable Health Care Act is coming your way.  I’ve been reading more and more about the rules but mostly the fees involved.  At this point, It’s going to happen it’s just a matter of how much it’s going to set me back each month. Monday, Vermont released their health insurance exchange program rates for individuals. It reads:

Rates being offered for the benchmark so-called “silver plan” for individuals will be a bit less than $395 per month for individuals buying a Blue Cross Blue Shield product, and $410 a month for those buying a similar policy form MVP Health Care. Those prices are similar to what an individual pays now for a similar suite of coverage options, Goddard said.

Lower-income Vermonters will get federal tax credits and state premium subsidies to cover some of the costs. For someone making the median individual income of about $34,000 a year, that will reduce the cost of the Blue Cross plan to about $230 a month, and the MVP plan to $252.

The Blue Cross family plan will cost $1,111 a month through Vermont Health Connect. For MVP it will be $1,151.

Well.. that sure sounds cheap only $395 per month in Vermont.  What is affordable about that?  This of course shouldn’t come to a surprise to most of you since I have been preaching about this for a longtime now.  What truly is amazing is the amount of people supporting this corruption and they simply are sheep in the wind.  The only one who is going to benefit from this is the government who just got 300 million people to buy a monthly health insurance plan (or have a business pay it for them).  It’s going to be a big shock for many Americans when they start shopping for health care at one of these state “affordable” health care exchanges.

One slick strategy the administration is going to take with Obamacare is with regards to it’s low income credits program.  As you know if you’re broke, you can signup similar to welfare and get credits to lower your health care costs.  You still need to have health care and purchase it, however, it’s much cheaper.  The move they are making, however, is really slick like I said and let me explain that now.  In the first year, if you apply for low income credits they are going to just take your word for it that you’re broke/low income.  In short, they are going to let you get in cheap (turn their heads and not look the first year) then on the second year, it will be fully audited.  Wow!! isn’t that slick.  It’s slick because when the rates are finally released they are going to be HIGH.  It’s going to scare people and they are going to say “forget this I’m not participating”.  However, with an option to get in easily the first year (with no problems no reviews of financials) and just taking your word or testimony for it that you’re low income – you just signed up and are part of the system.  In the end, that is all that matters.  They just want you part of the health care system, signed up, and willing to participate even if the first year is a freebie.  I applaud them on this slick move – most Americans will never get that concept.  It’s the same concept with paying taxes.  It’s not about the amount of taxes you owe that gets you in trouble, it’s when you don’t participate or say “forget this program”.  That is when Uncle Sam lays the smack down on you.

If you work for a company who is going to (you think) have to pay for health care coverage, you may have another thing coming.  For businesses, the choice is clear.  Limit the hours their employees work and you’re fine.  That essentially means you’re going to have cover that health care expense each month on your own…. or get another job.

Honestly, folks I really would like an Affordable Health Care Program and I think everyone would agree with that.  The truth is that it’s not going to happen and we’re fools to believe it was/is going to happen.  I knew it and you’re going to soon find out it’s not what is cracked up to be.  If the program was $100 bucks per month, I would be on-board.  I would support it completely.  That is what my prescriptions costs each month so good deal for me personally, however, that numbers won’t work like that.  We are a country of greed and insurance companies and governments need their cuts.  If Obama really wanted to fix the health care system for the people, he would fix the broken system we have by simply saying that the government isn’t going to pay $500 for one night in the hospital.  The government isn’t going to pay $300 for a shot that costs the hospital $6 bucks.  Seniors are getting screwed and I’m getting screwed.  The fees are way overvalued and even with Obamacare in place – they will continue to be because the system doesn’t get fixed.

Obamacare is a system to increase revenue without actually saying it.  It adds lots of money in the system (business & individuals all paying) which produces a massive amount of tax revenue.  Obamacare is about adding more money in the system that is and continues to be broken.  It also creates penalties which are administered through the IRS if you decide not to participate.  We’re not saving money with this in place – the citizens are losing more money.  You really think they care if you go the hospital with a broken leg and can’t pay the bill?  How much do you think the government is losing by you not paying the hospital their enormous fees to JUST look at your broken leg?  Think about it.  Sorry folks it’s not the rainbow you’re looking for when you elected President Obama.  This pot of gold is empty.