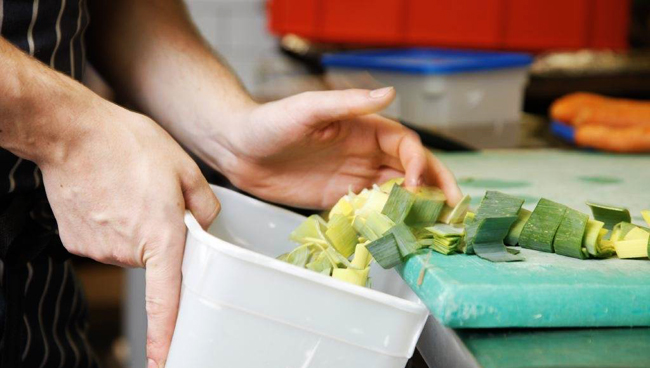 I’ve said it a hundreds times before on the Emerald City Journal, the Seattle Council and our government for that matter sits around all day thinking of new ways to tax us “legally”. Here is another one they just came up with. First, before I get into my rant let me say I am for recycling and I think we should be. We all have to do our part for a better Earth and community. With that being said, the time has come where you’ll be fined if you don’t participate. If caught you’ll be fined a whole $1 up to $50 for businesses and apartment complexes. Sure it’s not that steep and not going to make anyone bankrupt – it’s the thought that counts. It’s the thought of actually pushing it forward and another item they thought about just to stick it to us a little more. First off, food going to the dump or recycling plant – it really doesn’t matter. It’s going to decompose either way. It’s going to help decompose the garbage or it’s going to decompose is a separate section for food/recycling. Overall, it doesn’t matter.

What bothers me mostly is several issues. First, it’s another item they thought about to just stick it to the people. Why not make a few dollars out of this issue? Easy money and it keeps the power of the City over the people by laying down the law. Second, I don’t know about you but I’m charged to recycle my items. I’m charged for the bin on a monthly basis. At the same time the garbage company makes money on recycling my items inside the bin. Third, I can’t help but to think that this is a trick to make sure everyone is paying for the bin and “participating”. So if the garbage man doesn’t see a recycle bin by your door you can assume he’ll be going through your garage and reporting you. The garage company wants you to have a bin so now they will be snitches for the City of Seattle to make sure you have one and are doing your fair share. Lastly, recycling is a big business and our officials play the “do it for the environment” card to play with your emotions. The reality is that the more you recycle and participate the more they make. On a side note, I was at the dump a few weeks ago and they were selling the recycled compost for a hefty fee. It’s all about the revenue dollar and tax money. At the end of the day, 99% of the time it always comes back to these two factors.

The new law passed 9-0 by the City Council and will start new year.