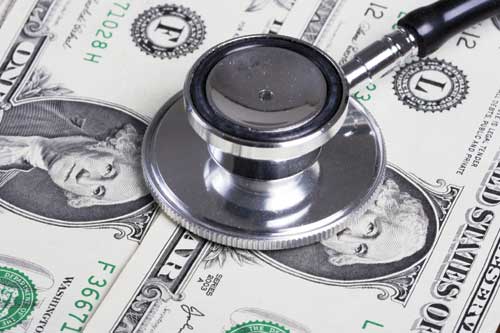 The day has come where you can officially get online and start the process to order your law required health care (Obamacare). Just like the new system in place even the online websites were a complete failure. The excuse provided by the White House is that there was and is to much traffic. Being an Internet guy I assure you fixing those issues doesn’t take over a day (30 min max). Don’t you find it odd that the official Health.gov website is fine but the others can’t stay online? Even though the White House will never admit it, the issue comes to satisfaction and negative customer sentiment. Imagine all the negative publicity regarding the high rates of Obamacare right now. You can pretty much search any new article on the subject, read the comments, and see the population is pissed about the costs. Turns out the public got screwed about the rates because they are not even close to being cheaper for the American public. When the website exchanges doors opened for business the public began to complain. This negative sentiment was and is reaching far and wide right now and to save face (and the system) they had to lock it down. What’s the perfect excuse? The White House blames it on the traffic. By doing so you also create a demand for the service which they need. They need everyone onboard with the program and participating. The only reason they are down right now is to control the propaganda of negativity. It’s bad… really bad.

I find it amazing as I read the comments from people. Many are blaming the Republicans already. The others are blaming Obama even people who supported him are now starting to see another Government failure. They, like most, support the idea and “hope” of what it would bring, however, at this point I see them coming to the conclusion that they got duped on this one. It’s sad to see so many have the passions in their hearts about American and still believe the people in charge will protect them and provide the hope and care this nation needs. Politics is all the same. They truly believed in Obama with his stellar speeches about Hope. Unfortunately, behind the doors is all about capitalism and the numbers. I admit he is the best I’ve seen when it comes to talking and many feel into that trap. I just hope this is an awaking to many. Obamacare is now the law and nothing is going to change that. Republicans can continue to play games and even shut the government down but Obamacare is going to push forward.

I have seen the monthly fees associated with Obamacare and they are ridiculously high. It is no even close to the affordable range for most. Being that most live paycheck to paycheck there is no way they are going to be able to pay the monthly fees for health coverage. Doing a search for myself out of curiosity and it came to $282 per month. If you have a family you’ll easily be $400 plus per month here in Seattle. If you voted for Obama in the second term, you have nobody to blame but yourself on this one. I’m not saying it would have been better with someone else in the office (both are evil) but supporting this law is going to hurt a lot of Americans financially. We are starting to see it in the news now and comments/feedback people are reporting after searching for these so called affordable plans. Turns out there is nothing affordable about it.