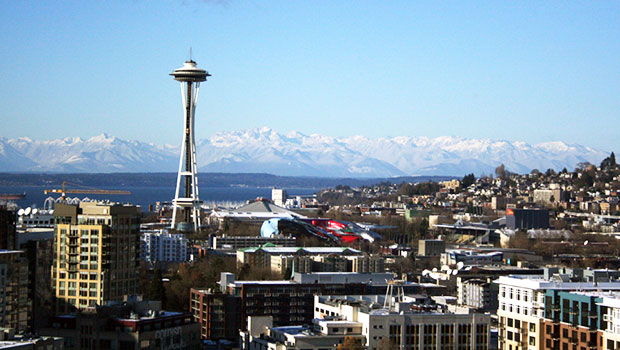 Seattle, Washington is a fantastic location to experience the Pacific Northwest. Since it is also the largest city in the Pacific Northwest, there are quite a few attractions in Seattle that visitors can choose to enjoy. The “Emerald City” is home to many attractions and cultural landmarks known around the world. The following list features just a few of the best things to do in Seattle.

Seattle Space Needle
The Seattle Space Needle is a signature landmark of not only Seattle, but also of the west coast of the United States. Space Needle guests can take a quick elevator trip to the observation level of the tower and enjoy a spectacular view of the landscape of Seattle and surrounding areas. The top of the Space Needle also is home to the Sky City restaurant which gives guests a complete panorama of the city as the restaurant rotates 360 degrees throughout the course of a meal. (http://www.spaceneedle.com/)

EMP Museum of Music
Another Seattle Center attraction is the EMP Museum which has a variety of exhibits in one location. In the Sci-Fi galleries, guests can get an up close look at many props and sets of some of Hollywood’s most famous science fiction movies. The music museum features a sculpture made from 600 guitars and a gallery featuring over 50 very rare guitars dating back to the 1700s. Guests can also try out a variety of musical instruments and take home a recording of their own performance. (http://www.empmuseum.org/)

Seattle Aquarium
To get a look at what life looks like in the waters of the Pacific Northwest, the Seattle Aquarium gives guests a glimpse of what lives in the ocean just outside the city in Puget Sound. The underwater dome lets visitors stand in the middle of a 360 viewing room surround by a 400,000 gallon tank featuring rockfish, cod and sharks. Divers also talk to guests about the care they give the various organisms living in the aquarium at the Window on Washington Waters tank. (http://www.seattleaquarium.org/)

Seattle Underground Tour
In 1889, a fire destroyed 31 blocks of downtown Seattle. In response, city planners regarded the streets to be two stories higher than they were before the fire. As a result, many of the original 1st floor buildings and sidewalks were buried underground the new raised streets. Guests can now descend underground to the original street level and take a walking guided tour of several 19th century Seattle streets. (http://www.undergroundtour.com/)