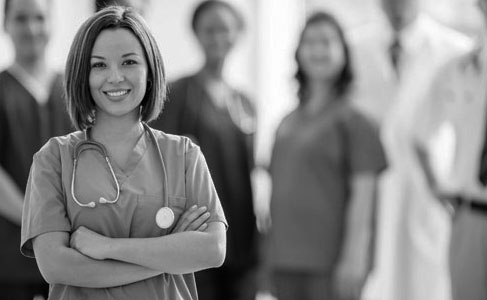 There has been a lot of controversy lately about forced air warming blankets and their use during surgery. 3M’s popular product, the Bair Hugger has been one of the most popular forced-air warming systems (FAW) on the market. The Bair Hugger has been used thousands of times in thousands of hospitals across the United States. Currently, there are pending lawsuits against 3M claiming that the Bair Hugger causes infections post surgery. Attorneys are heavily advertising in multiple areas trying to convince previous patients that any complications they experienced post surgery were due to the Bair Hugger. If this were a valid issue then the lawsuits would be warranted. However, the lawsuits are baseless and have only caused unnecessary confusion and pain amongst people who truly have suffered. Frivolous lawsuits cause pointless panic and are a great way to generate cash flow for these law firms. It is important to break down exactly what the Bair Hugger does and how the system is used during surgery to help maintain normothermia. You can read more about the facts on the product based on science here on http://www.fawfacts.com.

Many people have questions about why a forced air warming system would even be used in the first place during their surgery. FAW systems and blankets have been used for decades in operating rooms everywhere. The rational behind using a warming blanket is to help maintain body temperature during the surgery. The reason why it is important to maintain body temperature is because it helps to reduce the risk of infection and it helps to reduce the chances of getting hypothermia. Patients under going general anesthesia are at risk of developing hypothermia during surgery because anesthesia causes an inhibition of thermoregulatory control in the body. Also because of the cooler temperatures required for a sterile surgical environment, the body can lose heat very quickly. These incidents can cause grave issues post surgery. A forced-air warming blanket can help resolve these issues and keep the body at a normal temperature during surgery.

Not only is the Bair Hugger an important part of the surgery procedure, it safe as well. Did you know the Navy uses them and have an operational manual published. There have been numerous studies done on the Bair Hugger to prove that it is safe and doesn’t cause surgical site infections. In fact, Dr. Michelle Stevens, a Chief Medical Officer, was quoted as saying, ““There is not a single, credible scientific study that associates the Bair Hugger system with a surgical site infection. On the contrary, there is ample evidence that it actually helps patients.” There are particular claims that have been made about the Bair Hugger in these lawsuits that have been proven to be groundless. Every time a claim was made, a study would be conducted to disprove that claim. One claim is that the air-flow paths of the Bair Hugger units are contaminated with bacteria. Studies conducted on patients in real surgical settings found that the forced-air warming does not contaminate the sterile field or increase bacterial counts. Another claim that was made is that waste hot air convection currents transport contaminated air into the surgical site. These claims were tested in actual surgical conditions as well and it was discovered that the FAW does not increase bacterial count and may actually decrease it. They also discovered that the Bair Hugger does not created any waste hot air convection currents. The warm air released through the blanket quickly dissipates and mixes into the cooler operating room air. These and numerous other studies have proven time and time again that forced air warming is safe and effective.

So if studies have shown the Bair Hugger to be safe, why are they so many lawsuits? The answer is simple. Unfortunately, the original inventor of the Bair Hugger, Scott Augustine is the driving force behind the claims. Originally, he made a lot of money when he sold the device to Arizant. He had a very public falling out with Arizant and the feud is well known in the medical community. He then created a new product that is in direct competition with the Bair Hugger that he claims is safer but has no evidence to prove those claims. Arizant is now a 3M company. A majority of the medical industry agrees that his attack on the Bair Hugger is the result of a personal vendetta and not based on sound medical advice. This isn’t the first time Augustine has had issues. In 2009, he plead guilty to a single misdemeanor charge from a Medicare fraud investigation and had to pay a $2 million fine and was barred for 5 years from participating in federal health care programs.

The claims have now made there way to the legal community. Attorneys have picked up on the misdirected claims and have started to heavily advertise for patients who have experienced post surgical issues. It was later discovered that a law firm that also represents Scott Augustine filed the first of the pending lawsuits. After the claims started to get publicity, lawyers saw a moneymaking opportunity. These types of lawsuits only serve to cause unnecessary panic amongst people who have already had to face a stressful surgery. The pending lawsuits are baseless and have only created unwarranted fear.

When examining the issues, it is clearly proven that the Bair Hugger is safe and effective. It should be noted that the only claims of ineffectiveness come from an individual who currently is selling a product that is a direct competitor to the Bair Hugger. The Bair Hugger is a safe and efficient forced air warming system that will help to prevent surgical site infections. Doctors in hospitals throughout the United States highly recommend the Bair Hugger and have started speaking out against Augustine for causing panic for the sake of a personal vendetta. For people who are facing an upcoming surgery, they should rest assure knowing that there are no substantial studies to prove that the Bair Hugger is not safe for use.