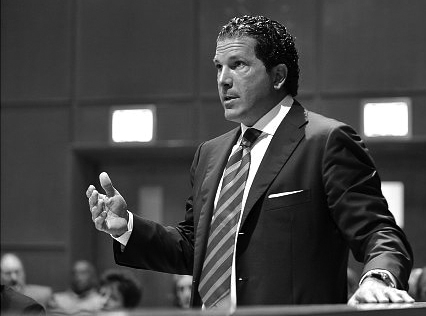 On the Emerald City Journal, we provide some of most thorough information that is related to many of the celebrities and CEO’s in Seattle. Below you’ll find our most recent addition to the Journal which we have entitled the Joe Tacopina Biography and career history. It’s the full story about Mr. Tacopina and his life story.

Attorney Joseph Tacopina was born 4/14/66. He is a criminal defense attorney based in New York. In 1994 he founded his law firm the Law Offices of Joseph Tacopina, P.C. and he is also the chairman of the Bologna Football Club. By the time Joe Tacopina was 42 years old he had already had 80 cases under his belt. The media started to call him the “hottest young criminal defense lawyer” in New York. Mr. Tacopina was a prosecuting attorney as well before becoming a famous defense attorney. Before his fame, however, he earned a law degree from the University of Bridgeport. Also, a graduate of Skidmore College in Saratoga Springs, NY. He is a high profile celebrity and one of the most successful defense attorneys (if not the most successful) in the country. His cases have been known to be some of the most difficult and most profiled in the legal field.

Joe’s history of legal experience and high profile cases, puts him in the cross hairs of the media. You can often find him appearing on TV being a legal expert/analyst on shows such as Fox News, NBC, CNBC, CNN, and Court TV to name just a few. Joe is not afraid to speak his mind and discuss openly about case law and verdicts (as long as he is able legally). You can sometimes even find him debating and/or discussing legal points of view on “Imus in the Morning” with Don Imus. He is not afraid to speak his mind even if that means being loud about it.

According to his official website “Mr. Tacopina is a member of the Federal Bar Council, the New York Counsel of Defense Lawyers, and the Judicial Committee for the Association of the Bar of the City of New York.” Both of these associations solidifies his expertise in this area. New York has a lot of competition in the legal field and having these associations really demonstrates his dedication to this field.

Joesph Tacopina is a Managing Member at TAG Partners LLC. The firm was in talks to purchase 100% of the soccer club Bologna but unfortunately the deal was delayed and later dropped. The TAG firm and Bolangna deal was expected to be in the $28.6 million dollar range approximately. In Oct 2014, however, Tacopina & Joey Saputo were successful in the acquisition of the soccer club.

The Bologna Soccer Club:
As we mentioned above, the initial struggles to acquire the Bologna Soccer Club was not easy. He battled the allegation that he may flee the area to manage the team and that his assets should be frozen as well. Mr. Tacopina denied all the allegations and continues to practice law in the New York area. Tacopina and Joey Saputo (A Canadian investor) took over the team in late Oct 2014 and the fans were excited over the news. Over the last few years, the Bologna Soccer Team was failing to preform well and having the new leadership in place offer lots of hope for the future years. It was unfortunate the team was doing so badly because the history of the team is actually quite successful. It has won the Italian league championship 7 times and considered to be the 6th most successful team in the league. Despite all the allegations and finger pointing directed at Mr. Tacopina, he has shown his leadership to take the team over the make it once again very successful. Not to mentioned loved again by the many fans to love the team and sport.

Other career highlights include:

Popular Criminal Cases By Joseph Tacopina:
– Viewed as being one of the most shocking verdicts in history by the media, New York Police Officers Franklin Meta and Kenneth Moreno were found to be Not Guilty of Rape (Acquitted by Jury) in May 2011. A women claimed she was raped while intoxicated.

– Represented State Senator Hiram Monserrate (D-Queens) was cleared of felony assault. The allegation was that he slashed his girlfriend Karla Giraldo with a piece of broken glass.

– Bryan Thomas who is a linebacker with the Jets was charged in Randolph Town Court. Joseph Tacopina represented the professional football player. The allegation was that he committed aggravated assault upon his wife at their home.

– Represented Melanie McGuire in her murder trial. The allegation was that McGuire murdered and dismembered her husband. His body was found in 3 suitcases in the Chesapeake Bay.

– Mr. Tacopina was part of the team who represented Michael Jackson during his child molestation case.

– Represented a popular land assessor by the name of John Nicolo who was charged with bribery and money laundering by the Eastman Kodak Company.

– A very high profile and infamous case known as the body snatchers. Tacopina represented on the case where two men were accused of cutting open fresh corpses and selling the body parts. Prosecutors stated the ring netted approximated $4.7 million dollars over 4 years with allegedly 1,077 corpses.

Personal Life:
Mr. Joe Tacopina met his wife back in Law School. He later decided to move to her hometown of Westport New York. This small town only has a population of 1,312 which was recorded in 2010.

Appearances:
Mr. Tacopina does in person and TV appearances. We’ve looked for any future appearances for Seattle, Washington but was unable to find any at this time. If a Seattle event comes to the area, the Emerald City Newspaper will be the first to report that for you.