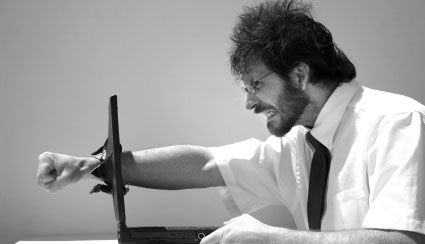 In today’s world of mobile computing, global business and electronic commerce, businesses have grown to rely 24×7 on Microsoft’s Exchange to facilitate critical business communication and processes through e-mail, group scheduling and calendars. Microsoft has made great strides in improving the availability of its highly popular Exchange messaging system, but now there is the promise of a technology that can eliminate Exchange downtime altogether.

Nearly 45 percent of business-critical information is housed in messaging applications such as Exchange, thanks to the volume of traffic generated by increasingly large attachments such as multimedia files and the integration of voice messages and faxes. Furthermore, messaging systems increasingly support vital applications such as workflow and knowledge management, making the data they store even more voluminous and incredibly valuable. E-mail is a particularly popular application with a typical end-user spending nearly 26 percent of his or her day on e-mail management.

Clearly, Exchange is the kind of technology that organizations cannot afford to lose. However, even the best systems fail sometimes. While Microsoft and its partners have done much to increase the reliability and availability of Exchange in recent years, the average uptime of the system, high though it is at around 99.78 percent, no longer reflects business’ increasing dependence on Exchange for their very survival.

Any failure of Exchange inevitably results in unacceptable operational, functional, or financial harm to the company or project. Every minute of downtime, planned or unplanned, can mean thousands of pounds lost, annoyed customers, a negative impact on the business’ reputation and even litigation. We have reached the point where, whether we like it or not, companies can no more afford e-mail downtime than they can afford to be without telephones.

All system downtime is costly in time and money. Exchange downtime can be even more so given that it can have many causes because of the breadth of the systems’ influence in IT terms. This can mean that it takes many hours to identify the source of the problem which then takes as much time again to fix. In some cases it is not unusual for Exchange to be offline for 1-2 days. With messaging downtime affecting other enterprise applications, the pressure on the IT department for a fast recovery is immense.

When downtime occurs, the state of the business is frozen in time at the point the system failed, leaving staff to operate on out-of-date information, if at all. People outside the company are unaware of any problem, but this brings its own troubles. For example, customers may e-mail the company with queries, orders or complaints, but get no response. Time-critical documents such as trading instructions or new versions of legal contracts may arrive but no-one inside the company is aware of them and they go unacknowledged and unseen. In all cases the sender will make their own assumptions from the lack of reaction of the company, compounding the negative impact of the downtime.

We know this happens, and we also know that companies live with this situation – not because they like it but because they believe that a solution for guaranteeing uptime of Exchange either does not exist or will be prohibitively expensive. This is confirmed by research. While 76 percent of IT managers who responded to a survey by The Continuity Forum acknowledge that bug fixes are the bane of their lives and they would welcome an automated process for server recovery and protection, nearly three quarters shy away from continuity planning because they think it is too expensive, and over two thirds also think it lacks a return on investment.

Instead, those Exchange users that can afford it seek to minimize downtime by implementing some form of redundancy in their configurations. Typical methods are clustering, where several computers are connected together so the failure of one does not render all services running on that computer inoperable, and installing one or more backup servers. However, clusters are expensive to deploy and complicated to configure. They require substantial planning, medium to high-end external shared storage solutions, and often leave standby servers under-used. It is true that clusters provide the most cost-effective level of hardware availability, but the complexity and capital cost limits deployment to relatively few installations. Backup servers are also a costly option.

As an additional general fallback, companies also spend five and six-figure numbers on disaster recovery plans in the event that a catastrophe of mega proportions should befall their systems, wiping out all the business’ IT as well as Exchange. Ironically, none of these options actually increases Exchange uptime much, but they certainly cost an arm and a leg for the privilege of trying to do so.

What users need is a solution that guarantees the uptime of Exchange, which costs less than the total private medical insurance of a single company’s IT staff in a year – a mere four-figure number. At this price, it becomes affordable for both enterprise and medium-sized users to insure themselves against an event that they know will happen – Exchange downtime – in comparison to paying out shed loads of cash on clustering or a disaster recovery plan which will only be needed when the moon turns blue.

Workspace recovery at affordable pricing and more commercial benefit from investment is definitely high up on IT managers’ wish lists, according to the Continuity Forum research. Over two thirds of IT managers say they would consider buying a solution that could deliver zero downtime – if it cost only around $10K. It is easy to understand why.

Messaging downtime costs an average of $564 an hour, according to research by the Standish Group. In the case of Exchange, those tiny, point percentage figures that deny the system 100 per cent uptime equate to thousands of lost pounds a year to enterprise users. Using standard models for measuring the cost of downtime of a variety of messaging systems, research by Creative Networks (CNI) reveals that a typical organization using Exchange experiences 84 minutes of unscheduled, unplanned downtime each month. This affects nearly 48 percent of staff and lessens their productivity by 20 percent.

In addition, Exchange users also experience 124 minutes of scheduled, planned downtime during which time staff are 10 percent less productive. This totals 3 hours and 28 minutes of downtime each month. CNI estimates that unplanned Exchange downtime costs an average company employing 3,000 staff over $89,000 a year. Increasing uptime by just 0.12 percent could therefore save nearly $55,279 annually.

But financial claw backs are only one part of the equation when it comes to assessing the impact of Exchange downtime. What price can you put on loss of sales, customer goodwill, productivity, and competitiveness, along with missed contractual obligations and additional costs required to correct these losses? If all of these losses could be avoided, as well as tens of thousands of pounds saved by implementing one solution bought out of petty cash, who wouldn’t buy it in a heartbeat?

This year will see the launch of a technology that can deliver zero downtime as an affordable option for Microsoft Exchange today. Is it worth buying? That depends on what you are using Exchange for as a tool. Ask yourself who uses Exchange to communicate with your business – maybe customers, suppliers and so on? What business processes are driven by those incoming e-mails which would cease to function if Exchange went down? What are the productivity implications inside your company of such a situation? What are the payroll costs for staff standing idle when Exchange goes offline?

If the combined cost of Exchange downtime in all these guises totals more than five grand, this solution is guaranteed to save you money. In times of recession when IT managers are under immense pressure to squeeze the maximum performance out of existing systems, it makes sense to spend on IT where the cost is more than justifiable in returned benefits to the business. Where that expenditure also removes a significant risk to the very survival of the business, it must surely be a necessity.