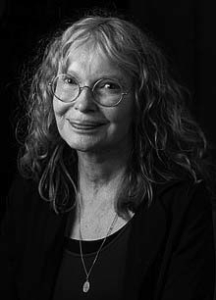 Angelina Jolie and Brad Pitt were known as the high-profile couple who adopted children out of poverty from across the globe. Before Brangelina existed, actress and humanitarian Mia Farrow had modeled adopting children from dire circumstances. Over the course of her life, Mia Farrow has been a mother to 14 children, both adopted and biological. Her children have taken different paths through life, some finding ultimate success, while others have gone through extreme hardships.  We spoke about The Farrow Family Feud before on the Emerald City Journal.

The Farrow family tree has roots deep in the Hollywood realm. While Mia Farrow has spent a majority of her life in the public eye, most of her children have not. However, three of Mia’s children have been in the spotlight because of the Time’s Up Movement. Ronan Farrow is an investigative reporter who did much of the research behind bringing down Harvey Weinstein. He has traveled extensively with his mother around the world focusing on humanitarian work. He attended college and law school at a young age and just finished authoring a book. His sister, Dylan O’Sullivan Farrow has also found her voice amidst the Time’s Up movement. Dylan O’Sullivan Farrow alleged that her mother’s ex-partner, Woody Allen, molested her when she was a child. The case investigation found that Woody Allen was not guilty, but he lost custody and visitation rights to his children. Dylan O’Sullivan Farrow has been in the news backed by her brother Ronan and Mother, as she reclaims her version on the truth as an adult. Mia’s adopted son Moses Farrow has recently also been in the news regarding the allegations. He has discounted his sister’s claims several times over the years.  He also wrote an open letter describing the day of the alleged events. Moses Farrow works as a family therapist. These three children have found themselves overlapped in the public eye in the past year over the allegations. Mia’s daughter, Soon Yi-Previn, who she adopted with composer Andre Previn, is now estranged from a majority of her family. She was found to have had an affair with her mother’s boyfriend, Woody Allen. Allen and Soon-Yi have been married for over twenty years and have two adopted daughters of their own. Soon-Yi and Mia Farrow do not keep in contact. Mia Farrow had three biological children with her ex-husband Andre Previn. Matthew Previn and Sascha Previn were twin brothers born in 1970. In 1974, Mia gave birth to her third biological son with Previn, and his name is Fletcher Previn.

Mia Farrow has unfortunately lost several of her children over the years. The first was Tam, a blind girl from Vietnam. She became the first Farrow child to pass away when she died aged 19 of heart failure. In 1973, Farrow and Andre Previn brought home a girl from Vietnam named Lark. She died in 2008 at age 35, and the cause of death was not released. Thaddeus, who was adopted from India, died at age 27 from suicide. The loss of a child is a heavy sadness to carry through life, and Mia Farrow has experienced this numerous time.

Isaiah Farrow was born in 1992 and adopted the same year.  He was a crack-addicted infant adopted by Mia the same week that she adopted Tam. Kaeli-Shea Farrow was born in 1993 and adopted in 1994. She has since changed her name to Quincy. The youngest of Farrow’s children, she initially couldn’t use her arms. Frankie-Minh was adopted in 1995 from Vietnam. She is blind and named after Frank Sinatra. Sinatra and Mia were married for a short period when Mia was in her twenties.

In the past, Mia Farrow she has worked as a UNICEF Goodwill Ambassador and traveled extensively around the world bringing attention to various humanitarian issues. She has gone on hunger strikes, traveled to forgotten parts of the world, and has been critical of U.S. policy. Mia Farrow has lived a full life, and through it has endured hardships and tragedy. One might wonder why someone would adopt so many children. There might be a couple of reasons to explain this. She experienced polio as a child and understands what it’s like to be isolated and in an unfortunate situation that is beyond your control. She also lost her brother as a child, so she was no stranger to tragedy and the grief that it brings. Motherhood takes endurance, and Mia Farrow has had a long and hard road of raising her children.