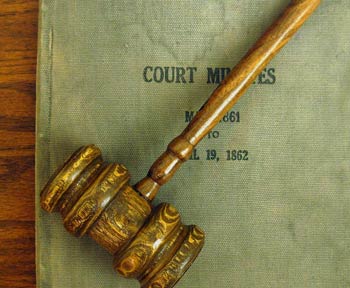 Karen Chwick, a social worker at a Bay Area VA facility, says critical care for many Veteran cancer patients has been delayed. Chwick was punished after documenting these delays for her superiors. Repercussions included being banned from patient meetings and being ordered to a disciplinary hearing.

Karen Chwick has close ties to the Armed Forces. After Karen’s son joined the Navy, she relocated to California to serve Veterans. “I sold my house, closed my business, sold everything I own, moved to California,” says Chwick, a former advocate for mentally ill individuals in Miami. After her move across the country, she began a job as a social worker in Palo Alto, assisting Veterans with cancer navigate the Veterans Choice system. The program is meant to provide community-based care to Veterans when the VA is unable to provide necessary treatment.

Unfortunately for Veterans, the Palo Alto facility does not offer radiation treatment, so all Veterans are referred to community services to receive this type of treatment. Chwick says that since August, some of her referrals for the radiation treatment have repeatedly been denied or delayed. Veterans who are still awaiting the needed radiation therapy express frustration about the delays in their treatment and their condition worsening. Chwick, concerned by the quality of care, reported what she was finding. In response to being ordered to the disciplinary hearing for reporting the delays in care, Karen Chwick hired attorney Natalie Khawam, of the Whistleblower Law Firm, to represent her.

“Now, she’s being put in a position where she has to defend her job, she has to defend her integrity, all because she’s trying to advocate for Veterans and better patient care,” said Natalie Khawam. ” We have a duty to protect our Veterans, just like they protected us and our freedom, when they honorably served our country. My client Ms. Chwick, experienced retaliation after speaking out for her Veteran patients. Management’s ongoing reprisal has obstructed her ability and duty to care for and treat her Veteran patients. Whistleblowers who try to protect our Veterans and expose waste, fraud and abuse, should be protected, just like they try to protect and help our Veterans. We care about our Veterans and believe they deserve the best patient care, after all they proudly served our country.”

Following the performance review, Karen Chwick and her attorney filed a whistleblower complaint with the Office of Special Counsel alleging mismanagement and violation of the law and providing emails showing Karen’s attempts to get Veterans their radiation referrals. “The harm that is happening here is happening to our Veterans” said Khawam.
A San Francisco reporter reached out to the VA, and while the spokesman declined to discuss any personnel issues, he says that the data shows the Palo
Alto VA is within current guidelines that allow the VA 30 days to get Veterans referrals for community care.

After the conversation between Cristina Mendonsa and the VA, Karen got a memo saying the disciplinary issues were considered resolved and she was allowed back into patient meetings. However, she says has never been able to address those discipline issues, is still working with patients beyond five weeks and still waiting for radiation.
“Delays are still happening despite all of this, but of course I will continue on…and advocate and adhere to the core values of the US Department of Veterans Affairs because it actually has meaning to me. It’s not something I just wear on my name badge,” Karen concluded.

Funds to Support Critical Technologies to Improve Safety of Park Rangers; and
This April 4th, Sharon Bush will be hosting the annual fundraising gala
Go to Top