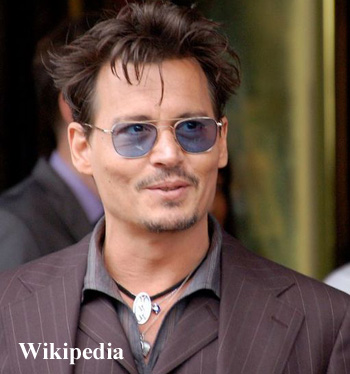 The last time Johnny Depp was spotted in Seattle was back in 2013. Turns out he was eating and making a cameo in the 2014 film, “Lucky Them”. The film was being shot in Belltown and Capital Hill. The visit was confirmed by the Seattle Met as well as the Salish official twitter.

There is trouble is paradise, however, because it appears his website JohnnyDepp.com isn’t owned by him. The site is now filled with content about his battles with his wife, alcohol, and drug abuse. It’s a long well thought out page and highly cited. The new page describes his divorce and how he is allegedly a wife abuser. The site is full of detailed photos of his past arrests as well as a few that appear to be of Johnny Depp drunk and smoking. In one photo, it appears he is having trouble even walking and his security is helping him stand while walking through a crowd after an event.

The website also discusses Disney’s involvement with Depp and how they encourage him. The author goes into why the company would support Depp over the years considering his abuse. “What will kids learn about their hero Captain Jack Sparrow?” was one of the questions the website asked it’s readers and followers.

Lastly, the website calls for the boycott of Johnny Depp’s new movie, Pirates of the Caribbean: Dead Men Tell No Tales which comes out shortly. They even have a twitter hashtag: #boycottJohnnyDepp

The hashtag appears to have a pervious history on twitter. Check out the website now before it’s taken down.

**UPDATE – 3/13/17
The website has been taken down and replaced with a blank white page.

**UPDATE – 3/2/17
It appears the website was retracted and now only has one paragraph. The other paragraphs were removed. 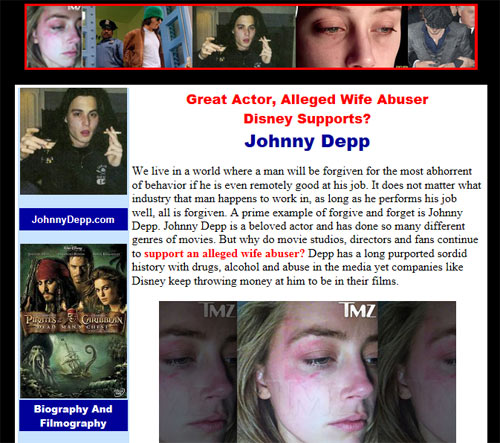