If you watch the news, you obviously know a big snow storm is on the way.  It is predicted to slam Seattle late tonight and tomorrow.  In the event this storm drops more than 7 inches in a 24hr period it could be one of the top 10 storms of all time for the city of Seattle.  Forecasters are predicting 5-10 inches approximately. In Puyallup, Washington (south of Seattle) I know they are sitting on about 1.5 inches currently.  In the event of 9 inches of snow it would be the most in dropped in 27 years. 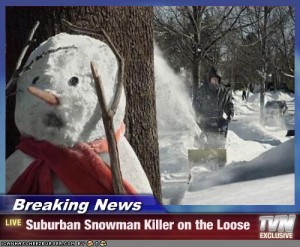 With the summer vacation season getting ready to begin over Memorial Day weekend, you might be interested in

This is it.  The time has come where you need to make the right choice for